Just when we thought there could never be a sunset more stunning than ones we have already seen here, December 14th happened and we had to eat those words.

It had been overcast all day with clouds becoming increasingly dense as the day wore on. The skies finally opened up in mid-afternoon and dropped tons of rain (literally). The rain stopped after an hour or so but the clouds stayed put. We were sure it wasn’t worth checking out the sunset that night, feeling confident clouds would completely obscure it.

But just before sundown a little bit of a yellow glow began to light up our windows in the east. We reconsidered. Maybe we should just check it out in case the big show would be on the eastern horizon instead of the cloud-obscured west.

When we opened the door and looked east, this is what we saw. 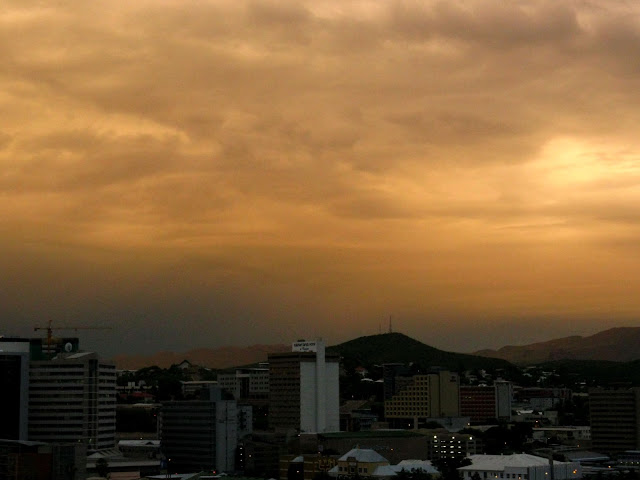 We turned to look west and saw this. 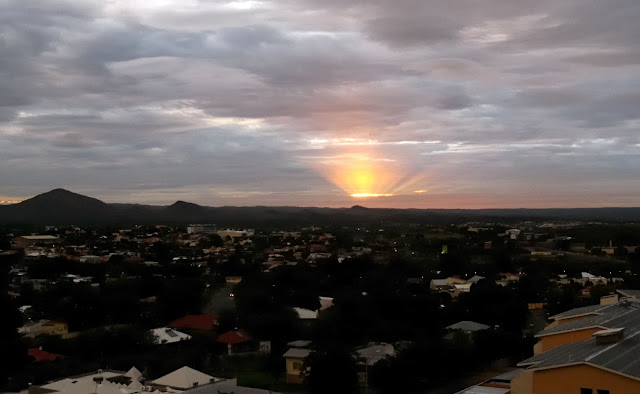 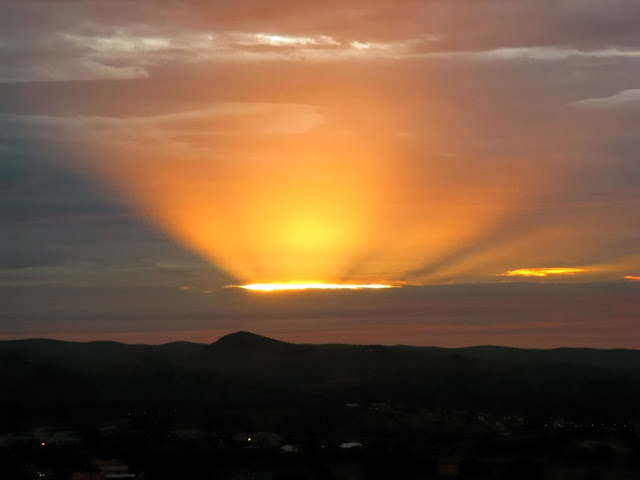 As the sun set we thought that must be the end of it as there was still thick overcast everywhere. We looked east again just to double check. (most of the sunset color here develops after the sun has set). The east began to increasingly take on color. 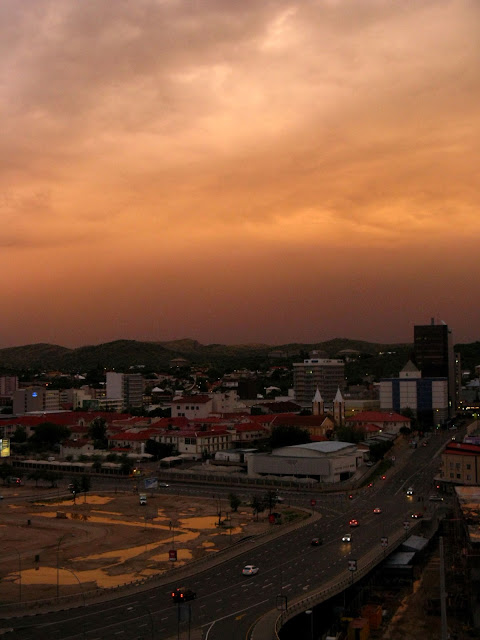 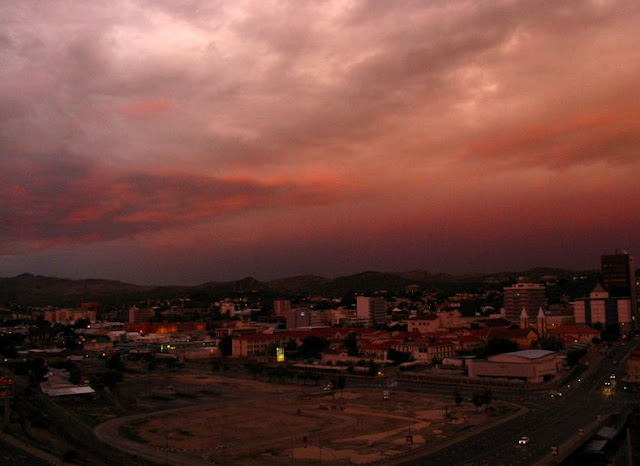 And when we turned west again, this is the amazing bit of awesomeness that transpired. 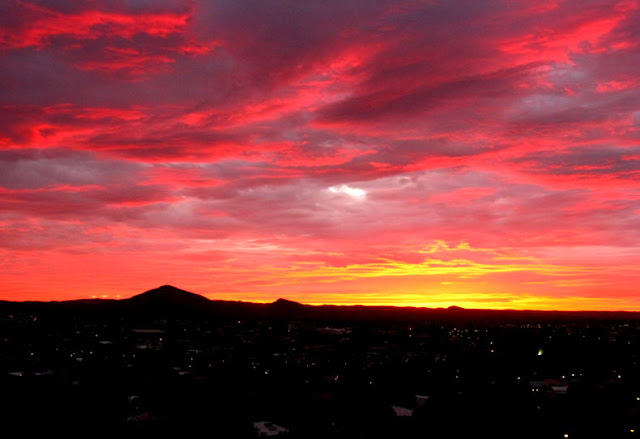 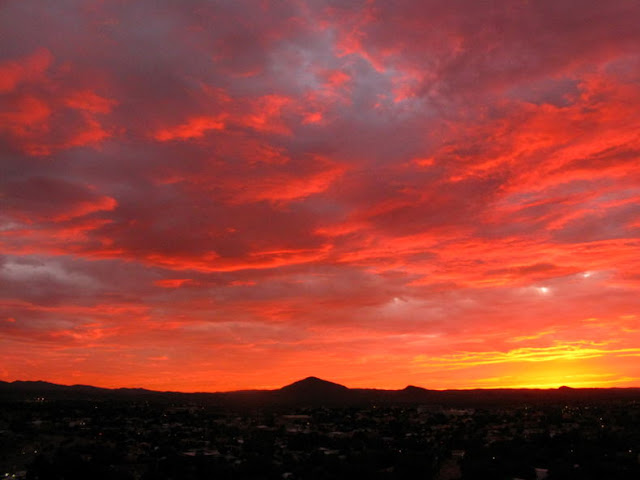 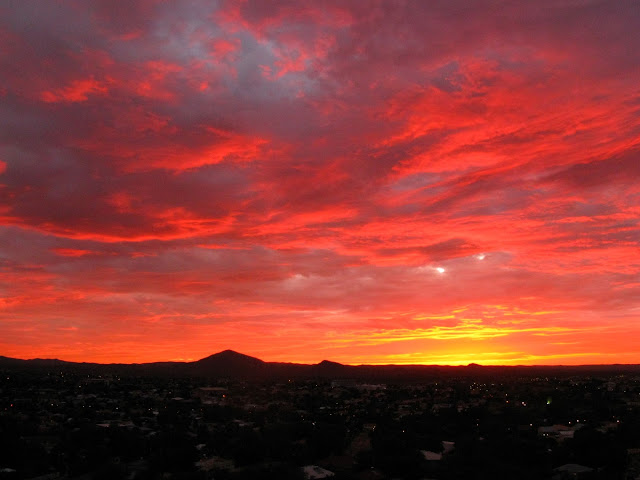 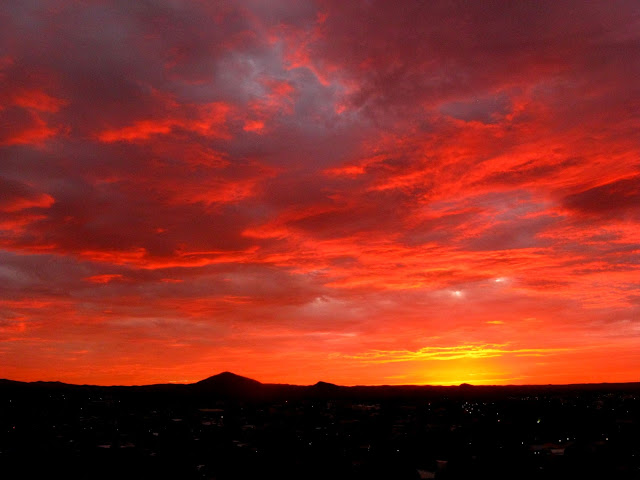 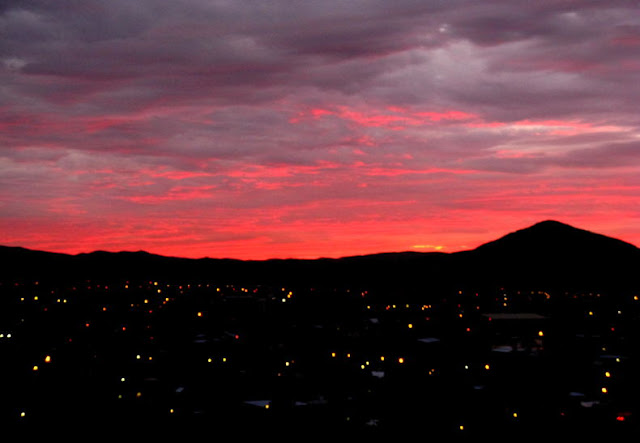 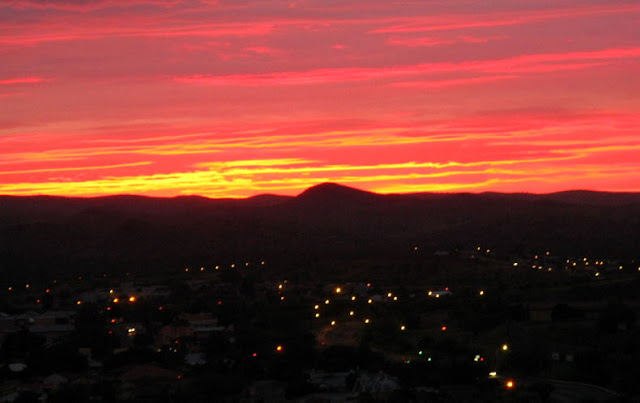