Camping Safari – the last two days heading back to Windhoek 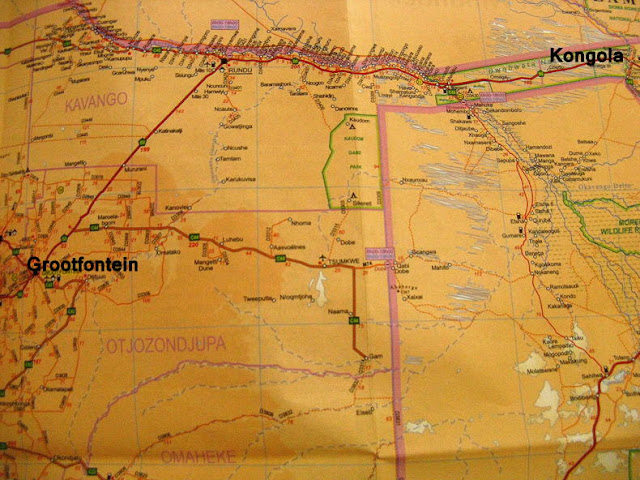 The morning of January 13, leaving the Caprivi to head back to Windhoek, we had a big drive ahead – from Kongola 620 km west back across the Caprivi Strip to Rundu, then southwest toward Grootfontein for the night. We had a final cup of coffee at the Lodge that morning 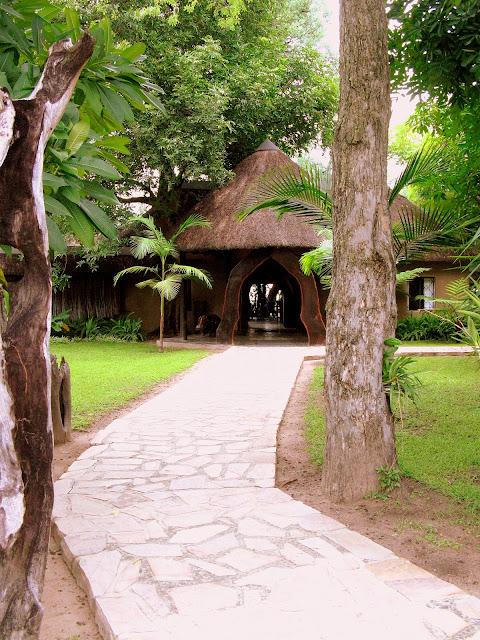 and with the truck packed up and our low tire situation rectified by the Lodge grounds manager who graciously let us use his tire gauge (ours was faulty) and compressor (while I admired his amazing bonsai collection growing in pots throughout his yard), we headed back down the road to Kongola. 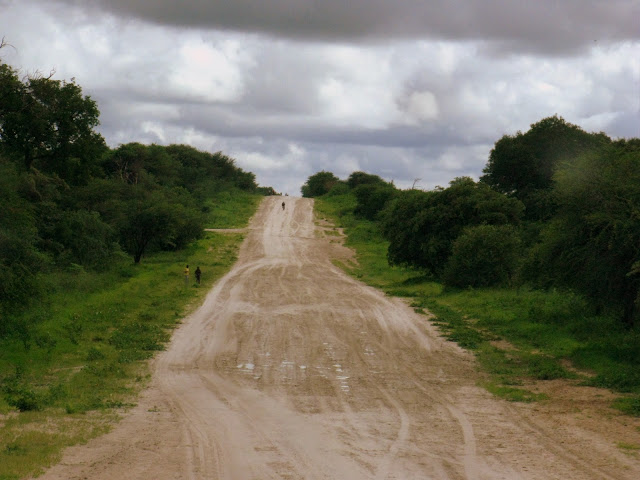 Everyone gets up and at it early in Namibia. The store at Kongola was already bustling with business as we turned west onto the B8 toward Rundu. 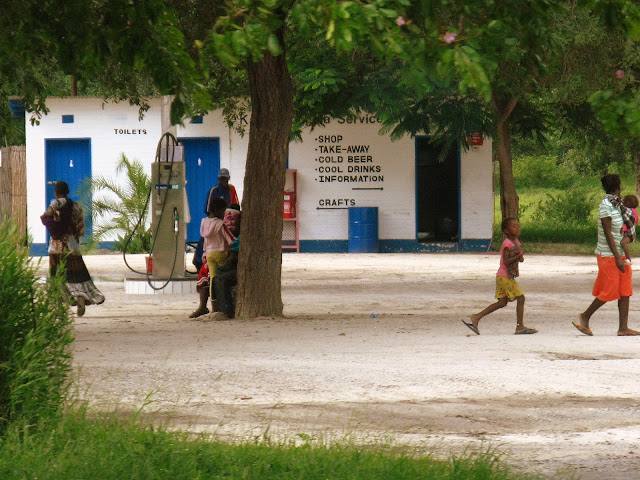 The morning was overcast with rain threatening all around. The road toward Grootfontein was long and with rain around most of the day, I took only a few photos. 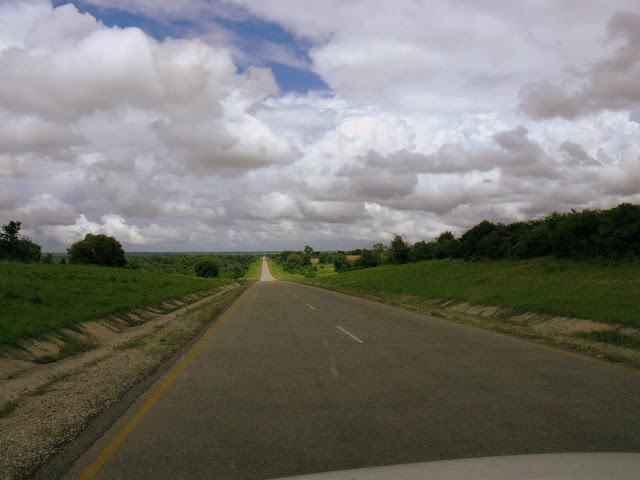 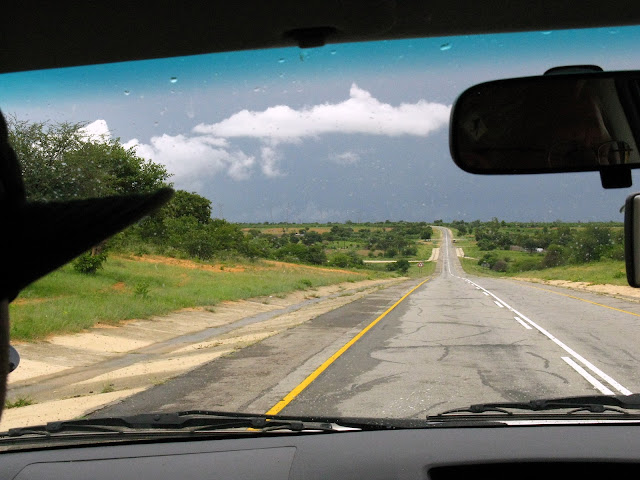 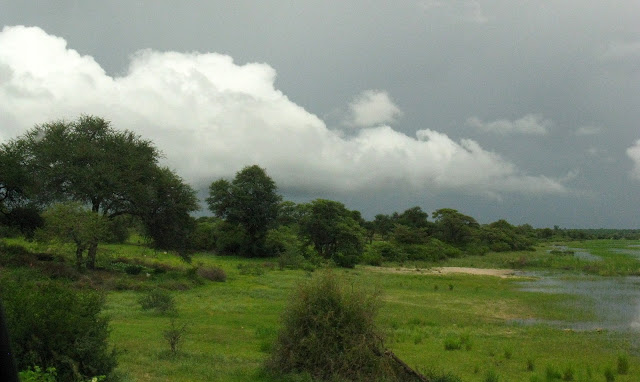 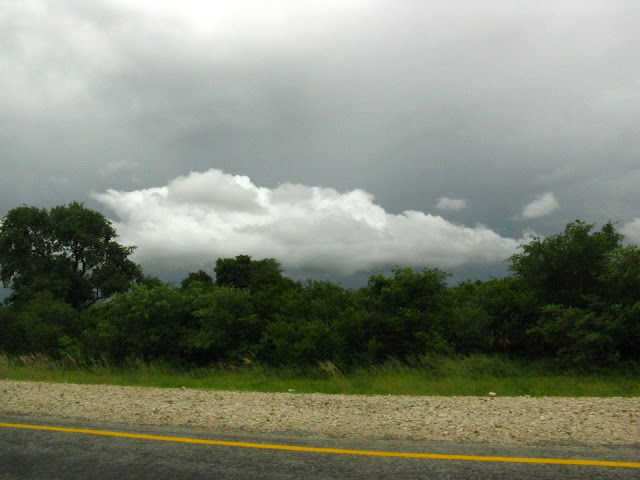 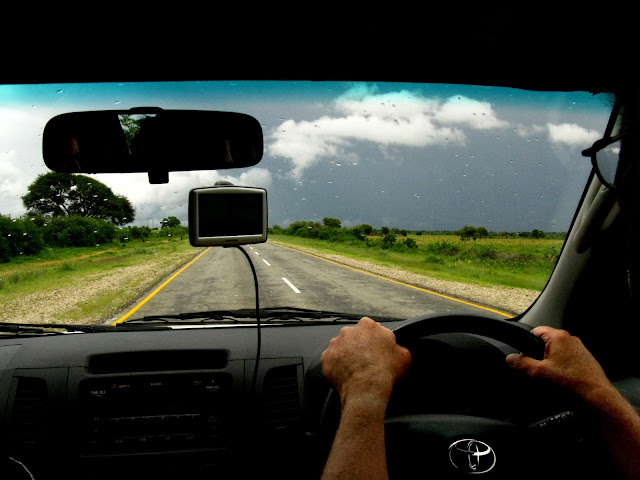 Again, elephants eluded us throughout the 80 km per hour zone where they frequently cross the highway. I think everyone’s thoughts were turned toward the fast approaching end to the adventure. My own thoughts were bittersweet -– we had just had the best vacation the professor and I could remember with all our kids-- but we would have to see them off and back to their regular lives in a short two days.

By late afternoon, we had arrived at Roy’s Place, our stop for the night. Roy’s has its own unusual style and is a popular location for overnight campers. 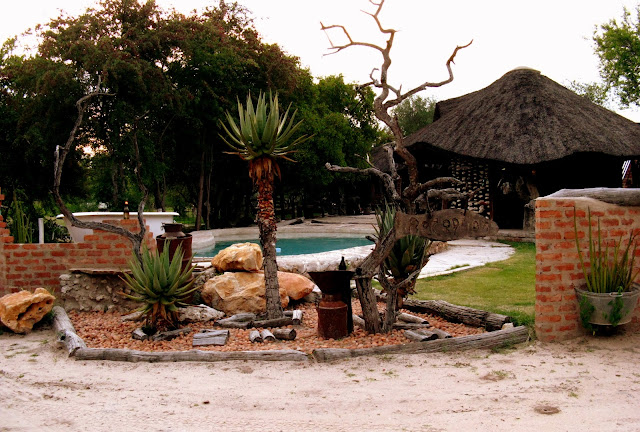 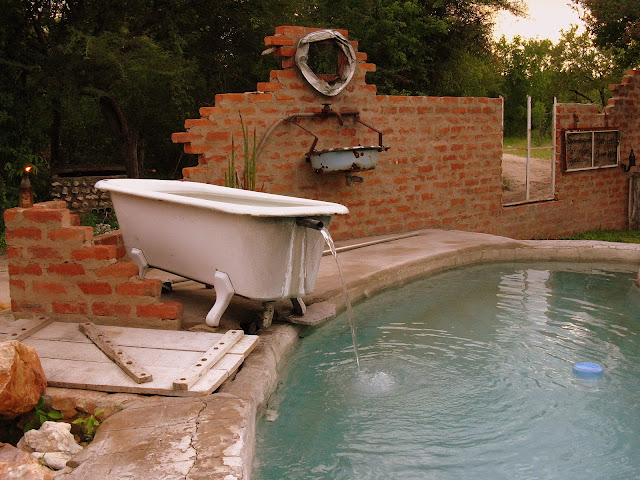 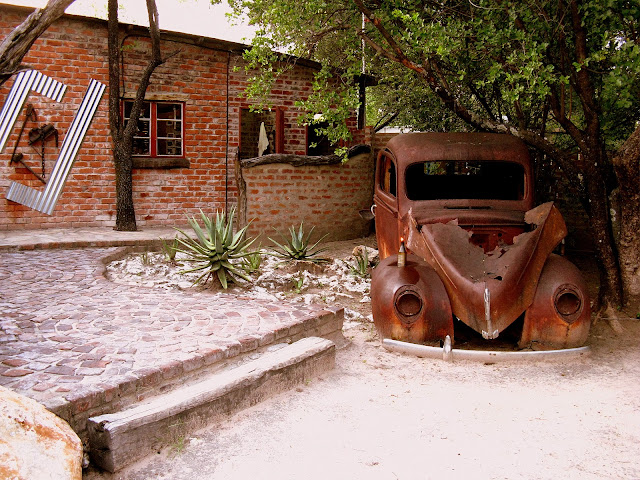 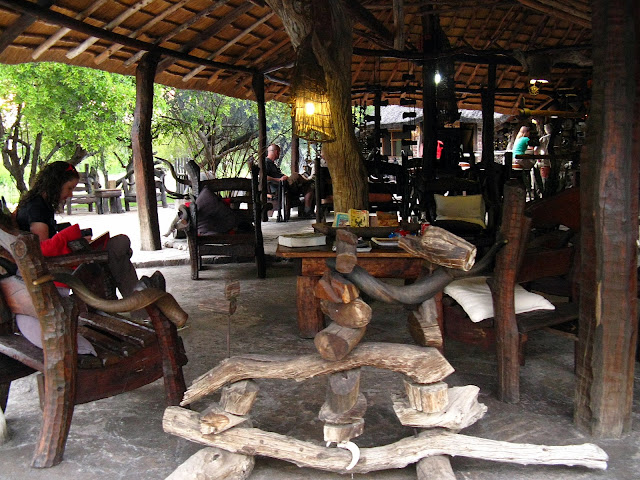 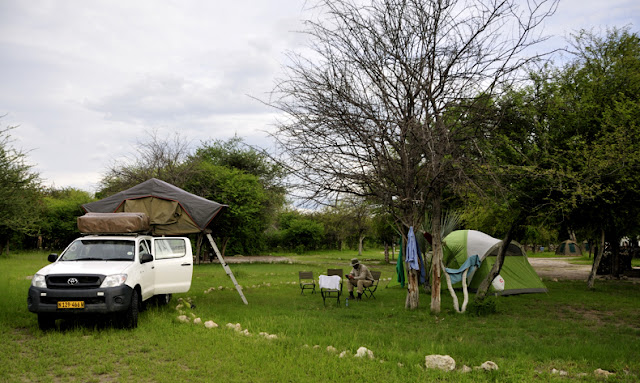 One of those campers described to me the huge herds of elephants she had seen on the same stretch of highway where we saw none! 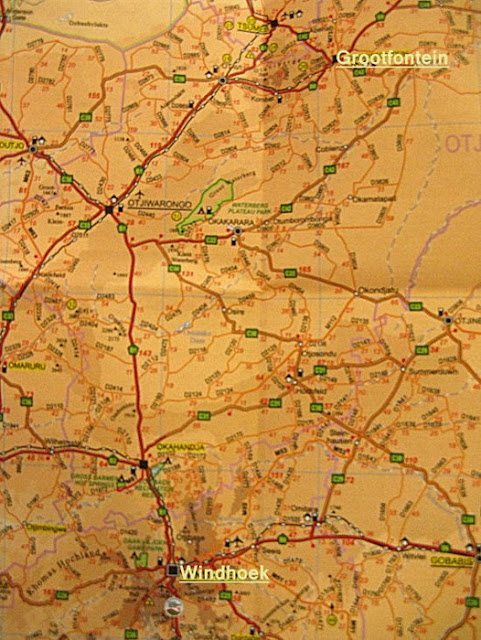 As we got closer to Windhoek, we could tell that since December 29 when we left, there had been lots of rain. Enough to turn normally sun bleached fields to verdant green and shrubby grasses to giants, taller than some men! 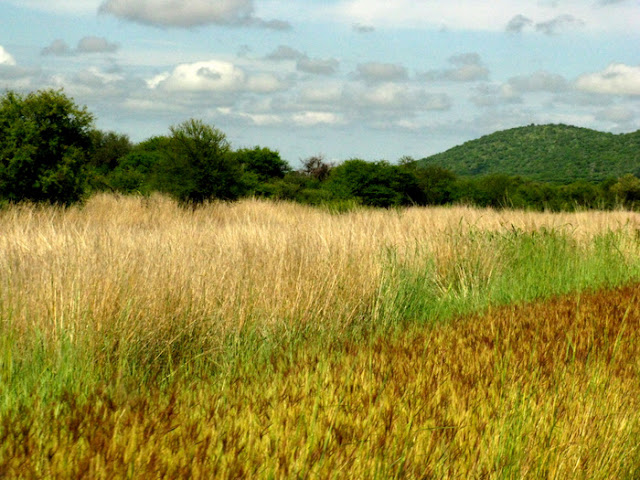 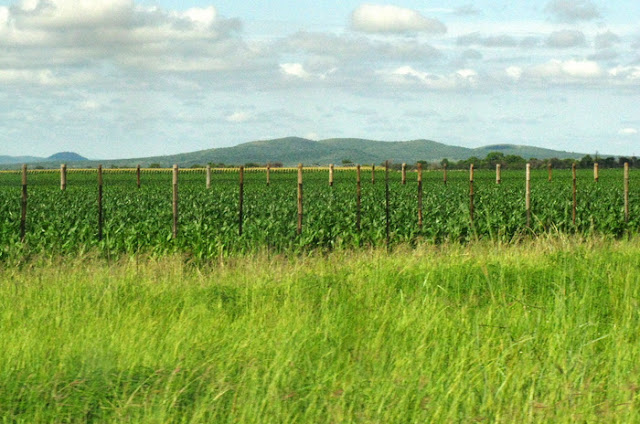 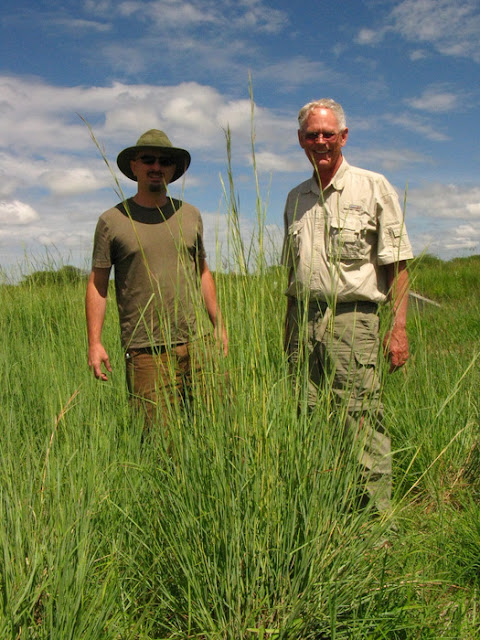 We got back to Windhoek by late afternoon with gigabytes of photos to offload to laptops, all of them images of memories to last a lifetime.
No comments: