"That One’s an Ugly One"

We took another trip to Sossusvlei over the Easter break. 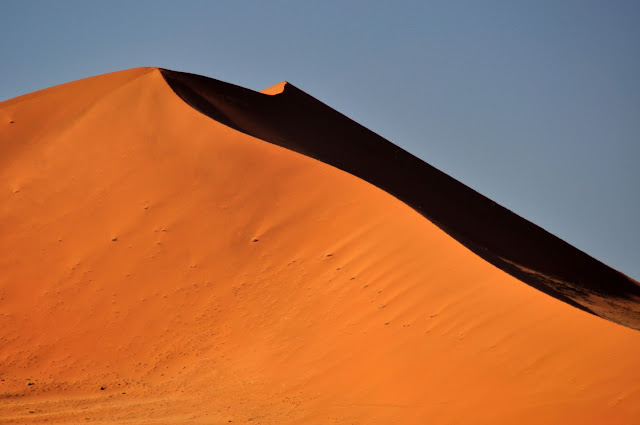 We weren’t the only ones 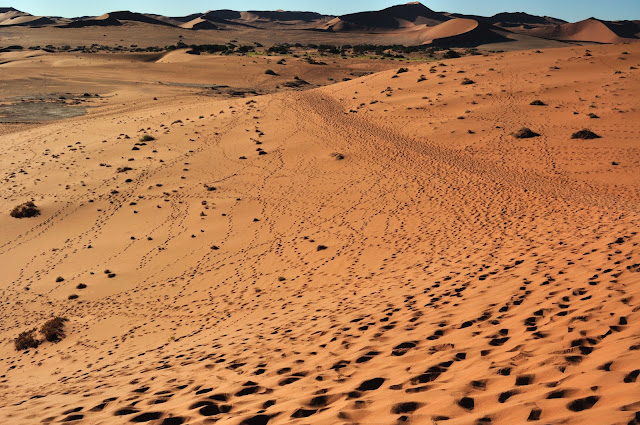 who came to see the vlei filled with rain water after this historic high rain year in Namibia. 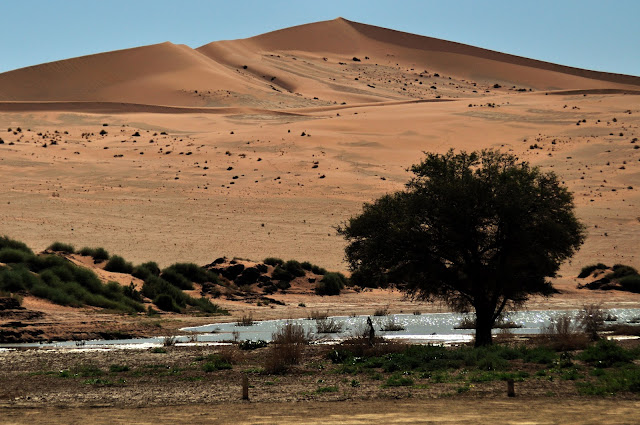 Our last night before heading back to Windhoek, we camped at Namib Grens Guest Farm. 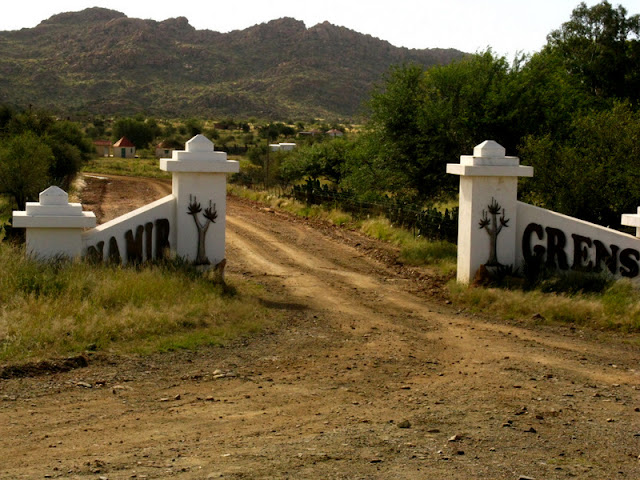 This unprecedented rainy season has left some serious mud holes in Namibia’s gravel roads. We thought these particular mud holes were a little tricky coming into Namib Grens but we were driving a 4x4 Toyota Hilux so we navigated through them without a problem. 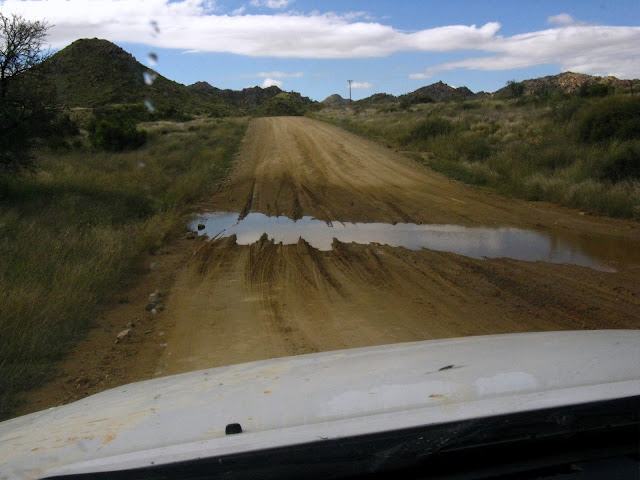 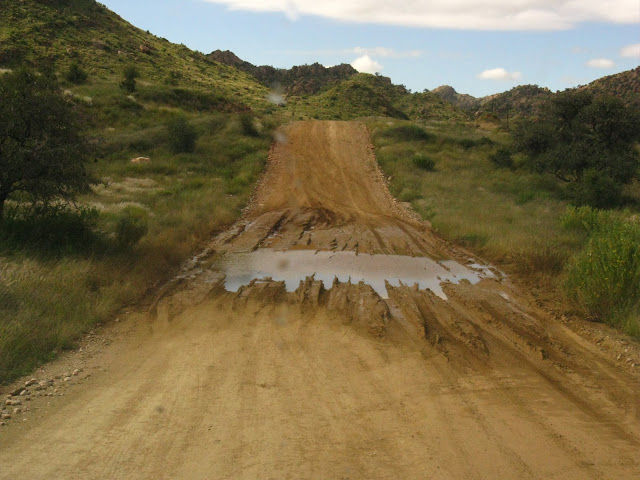 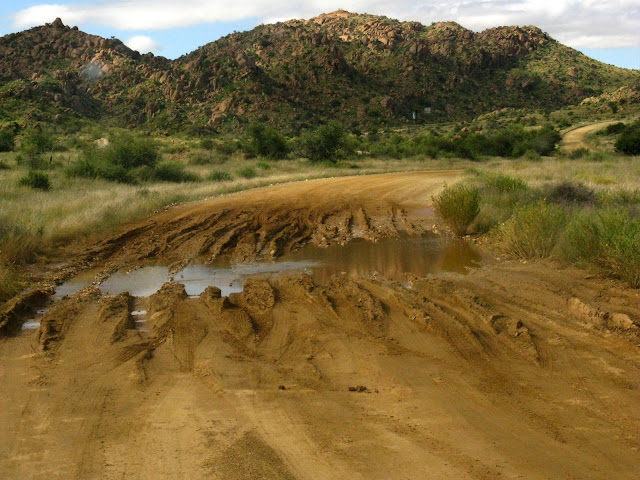 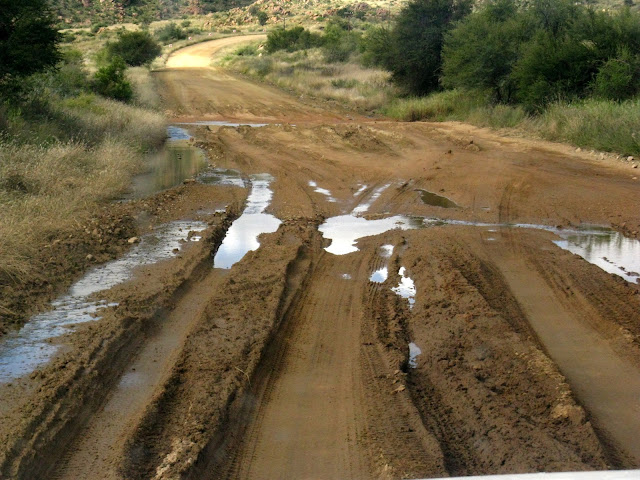 Those mud holes paled in comparison to the ones we encountered on the road home the next morning.

We had the farm owner’s son, Bertie, with us because we had agreed to give him a lift back to Windhoek for his job. Bertie seemed to be about nineteen or so and has been driving on and around the farm since he was ten. He was invaluable in helping us “read" the mud holes, knowing which areas of water covered clay goo you could sink into and which water areas covered relatively firm gravel you could safely drive over. We had just navigated this mud hole 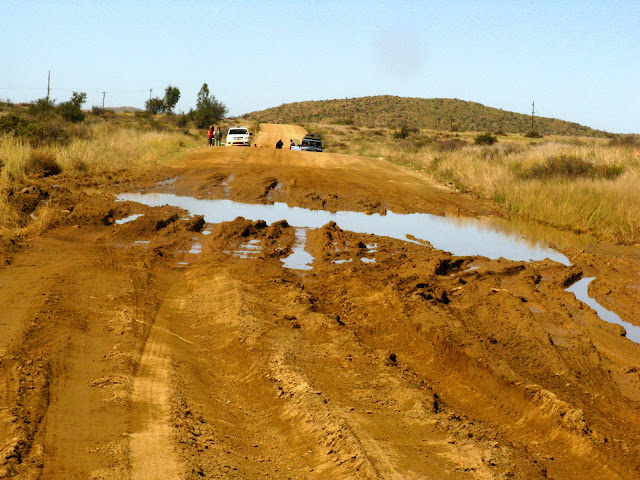 and saw trucks parked to the side of the road just ahead. We pulled over and got out to see what people were looking at which was this: 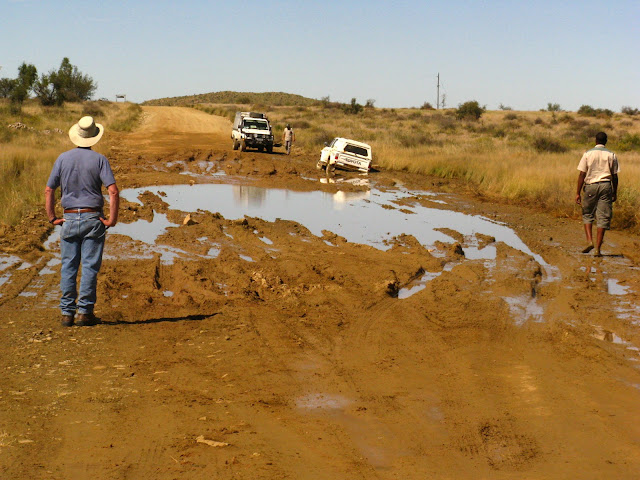 Bertie’s assessment: “That one’s an ugly one”.

No kidding.
It had already trapped that lightweight Toyota.

The folks who had just crossed it in their bakkies (pickup trucks) had been trying to help the poor chap driving the small Toyota bakkie. But no one had a winch on their rigs so things had pretty much come to a standstill until a bakkie carrying some really helpful South Africans arrived on the opposite shore. Their rig had a winch so when their traveling companions in a second bakkie arrived just behind them, they were able to pull the Toyota out of the goo.

Apparently the truck was no worse for wear and the driver set off down the road as though nothing had happened. The professor walked back and forth along the edge trying to plan our line of attack. 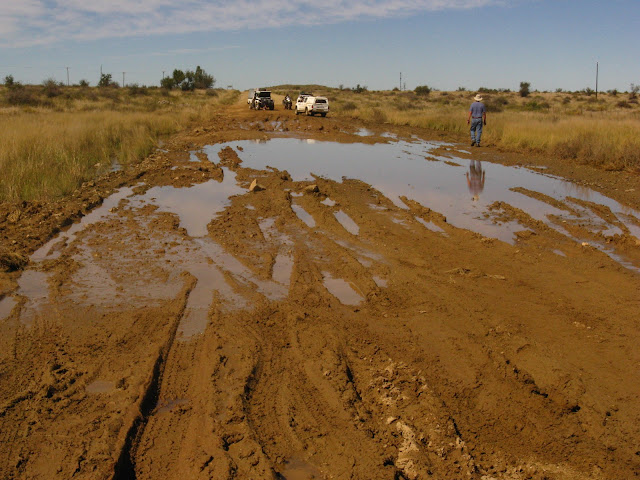 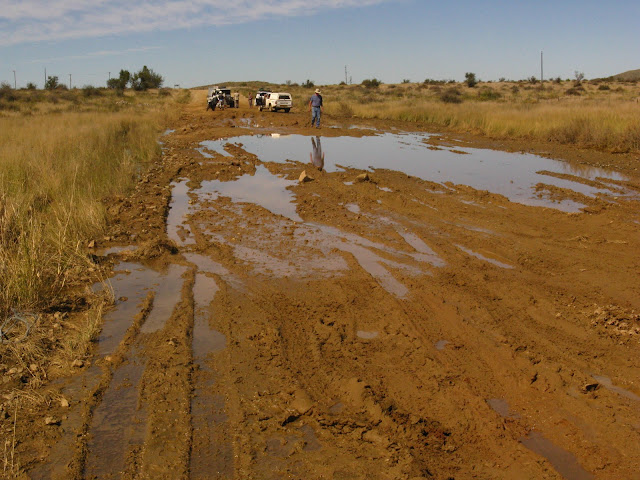 We couldn’t go straight through as the water was deep there and the truck would have sunk in the saturated clay beneath.

In the meantime, two touring motorcyclists arrived on the far shore and there was nothing for it but to have to cross. The ground on either side was saturated clay so there was no going around it. They would have to take on this mud hole. After much conversing and advice being shouted in Afrikaans from one shore to the other, the first motorcycle started across.


We couldn’t believe they could make it but these guys were outfitted for rough riding and the bike and rider made it just fine. 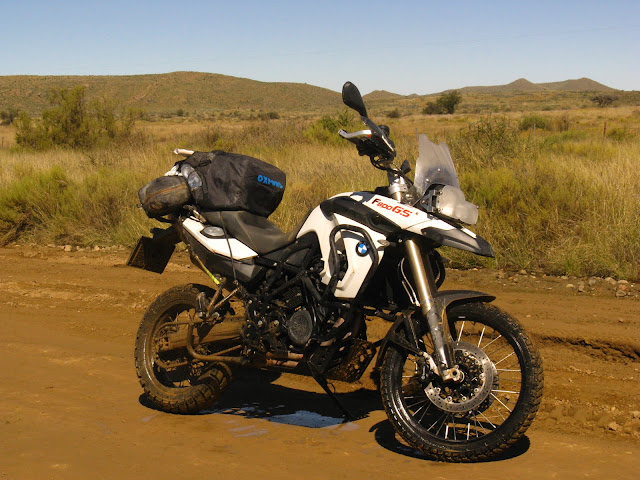 Buoyed by that success, the second motorcycle came across following a better line that the previous one and again, made it just fine.

Once they were both across, they too, took off no worse for wear.

The South Africans on the far shore took it on, following the same line as the second motorcyclist.


They too, arrived without incident. By this time, everyone assembled – about fourteen of us out of our cars at the edge of that mud hole – had determined that was indeed, the best line of attack. Once the two bakkies made it across, we were the only vehicle still needing to cross. The South Africans got out of their bakkies and spoke with the professor, making certain we understood the correct line to take and told us they would wait for us to cross to be certain we were okay. With a twinkle in their eyes, they told us their advice was free but if we arrived to the middle and got stuck, there would need to be a discussion about money if they were going to have to winch us out of there! Wonderful folks.

We followed their line and made it across just fine; got out on the opposite shore, waved our goodbyes and thanks; and headed on toward Windhoek. We have been amazed at how helpful and kind South Africans and Namibians are. I guess in a country whose roads are primarily gravel, there will be inevitable break downs and other car related mishaps along those roads. Small towns are few and far between so help comes first from your fellow man. It was great to be on the receiving end of their help that day.