Where Bees Come to Die

We live on Seven. 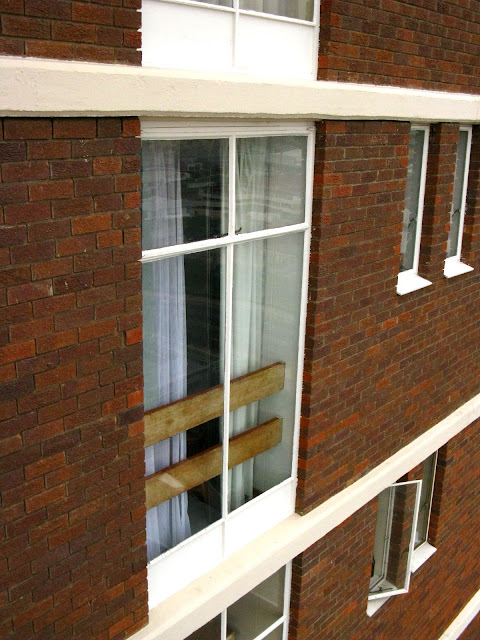 The bees live on Eleven. 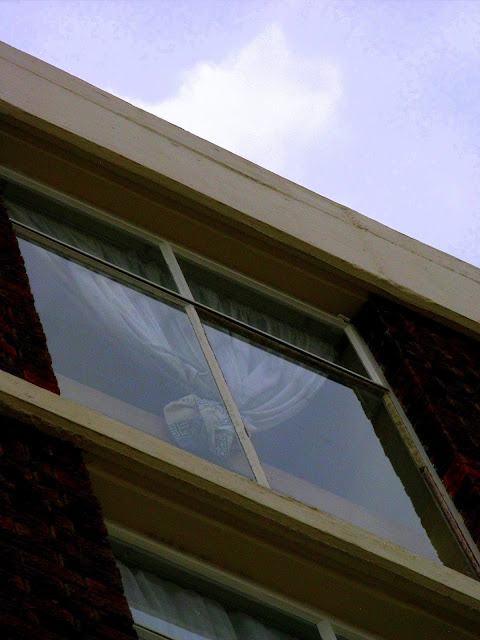 They do, however, visit. 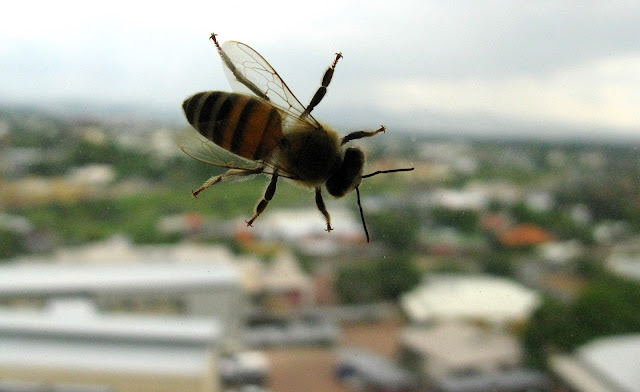 They usually fly around at our level. This can be mildly alarming if you don’t keep that in mind and inadvertently walk into them. They usually take it well however, and move out of your way.

Some do hover over sudsy water in the dishpan and tragically for them, become a bit too inquisitive. 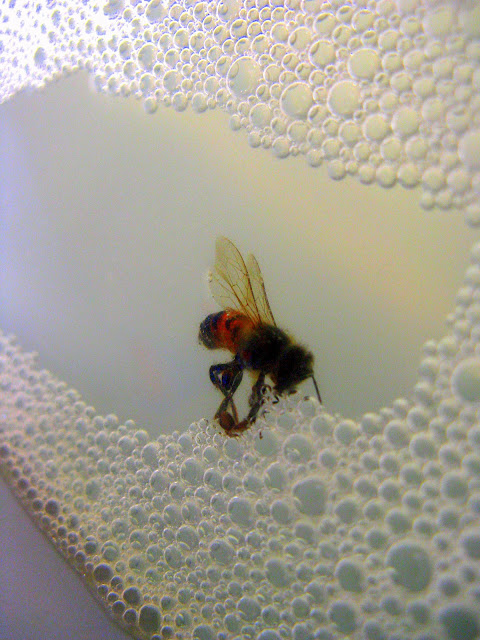 Others drink at water droplets on the counter without incident. 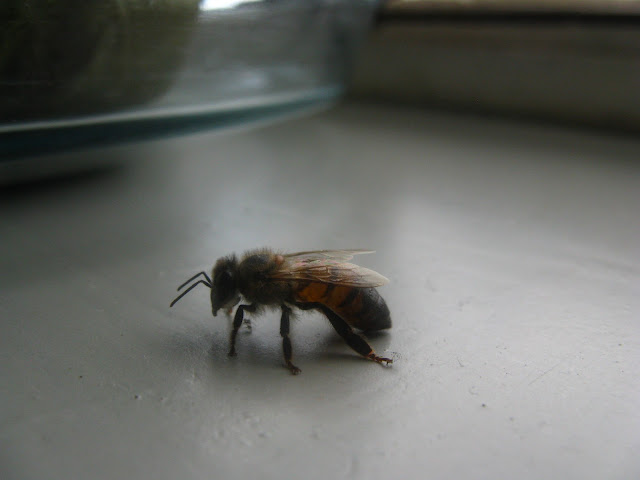 During the hottest days of summer, we kept every single window open. The bees would drop down from Eleven and the breezes near our open windows would beckon them inside for a visit.

Then the dying would begin.

We have two kitchen windows but only one opens. The bees would fly in through the open window and after their buzz around inside, would inexplicably try to leave by the closed window. They could see the outdoors through the glass but couldn’t find the exit. Not 10 inches away there was a fully opened window, but instead of making a beeline (sorry) for that window, they kept banging themselves against the closed window. No amount of encouraging them or trying to move them gently toward the open window dissuaded them from throwing themselves repeatedly against the closed window.

After a while, they couldn’t any longer sustain flight and would drop to the windowsill and crawl around weakly until they died.

The result was this sort of carnage each morning on the window sill. 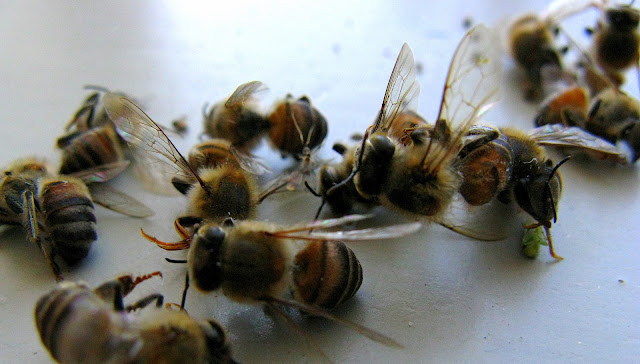 There were twelve or more bodies every morning.

If you looked at them closely, they were frozen in their last motions — some had keeled over from exhaustion, 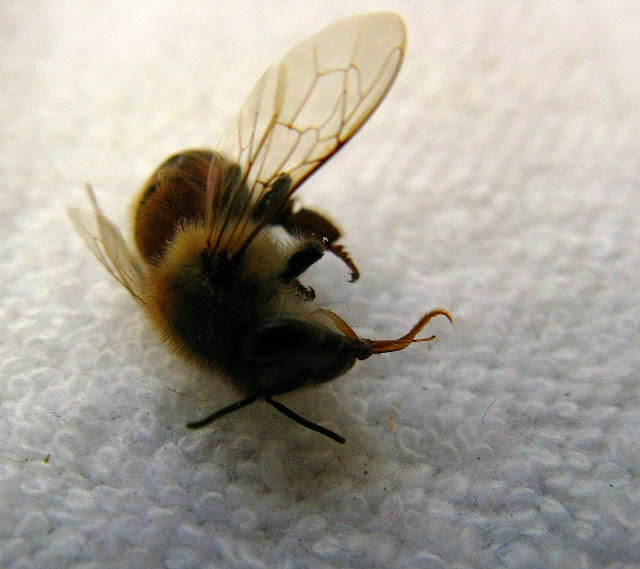 others still stood in place. 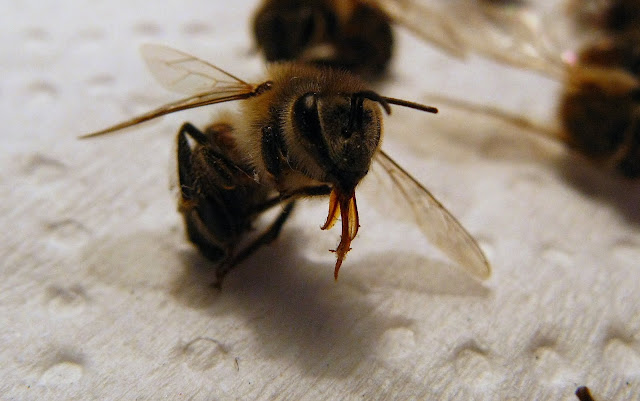 We had marveled at the fact that we never saw a stinger on these bees. And indeed, looking at them after they were dead, there was no discernible stinger. 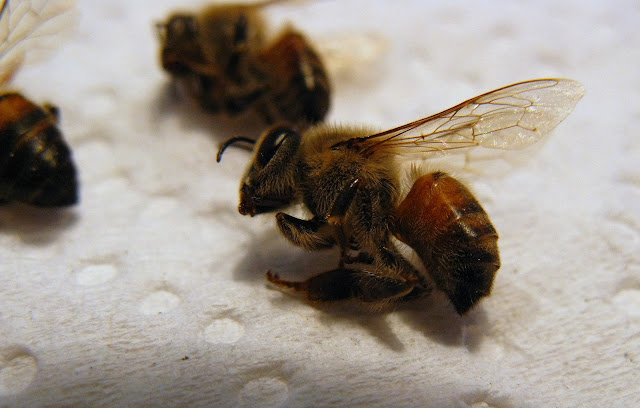 Don’t let that photo fool you.

They do have stingers.

I am now two bee stings into the season and as a result, keep much more personal space between them and me.

These are after all, African bees.
3 comments: