Over the Gamsberg to Sossusvlei

The day before Easter we left Windhoek for a four day camping trip to Sossusvlei. We rented a truck with a roof tent and headed southwest out of Windhoek on the C26, a gravel route that took us over Gamsberg Pass toward the Namib. By mid-morning we had covered a long stretch of relatively flat gravel road and were beginning the climb up the pass. 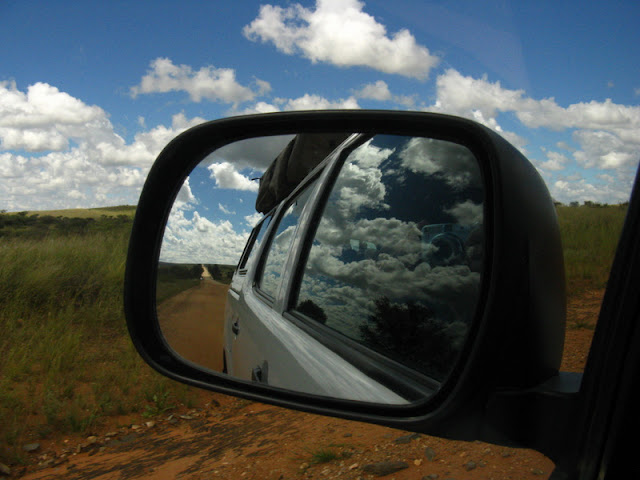 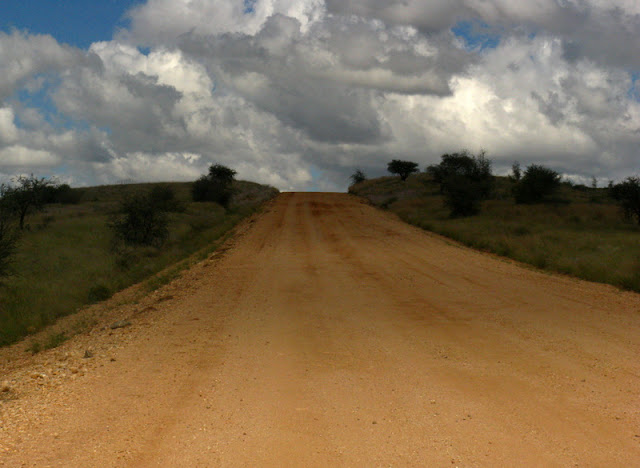 Late April was still in the rainy season. Though we didn’t encounter rain on our trip, there were reminders everywhere. 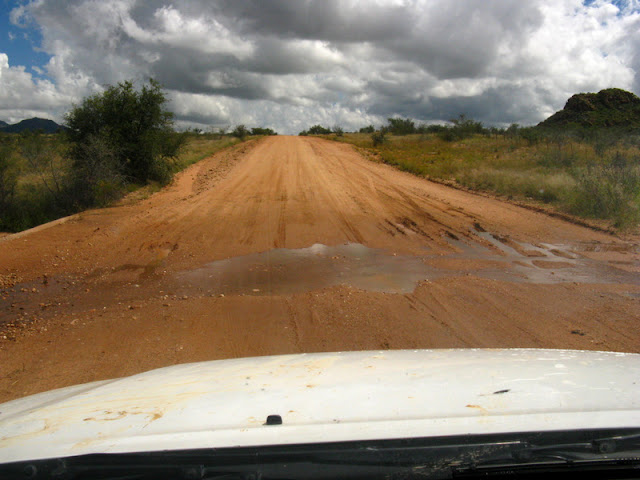 A little after noon, we had reached the top of the Gamsberg (7628 feet in elevation). 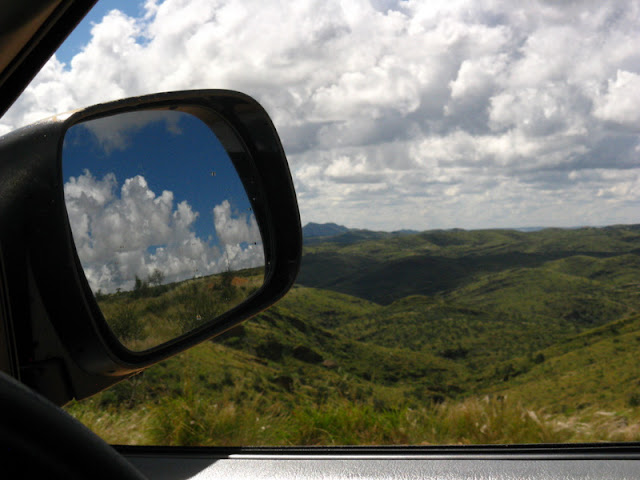 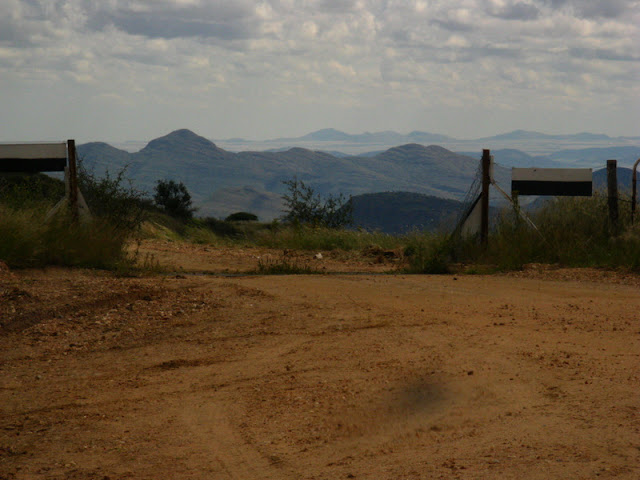 The bounty of so much rain was the lush green carpeting of the mountains and stands of tall grasses everywhere. 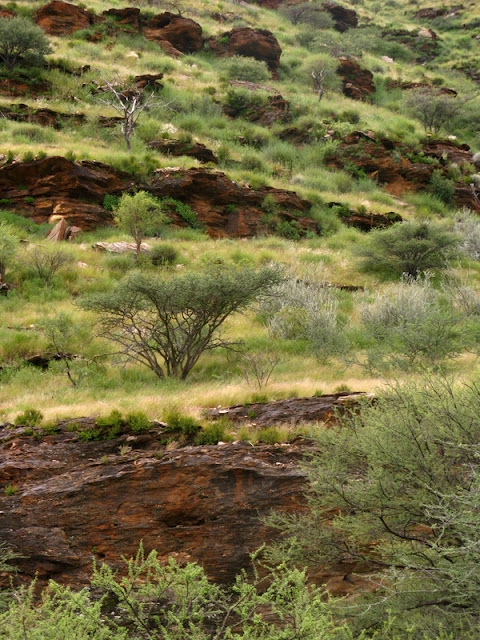 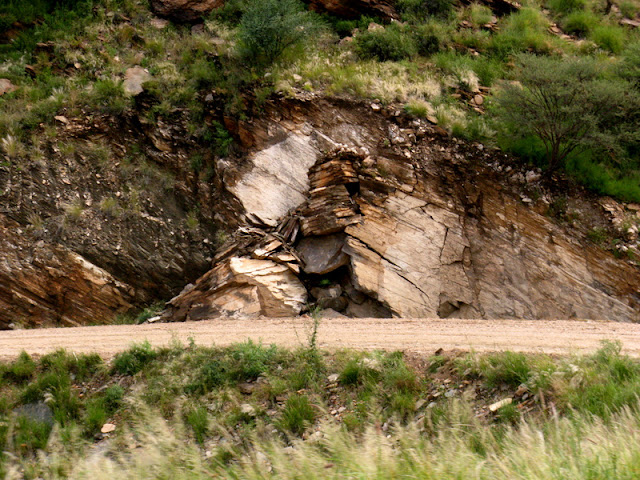 The view was stunning through this pass. 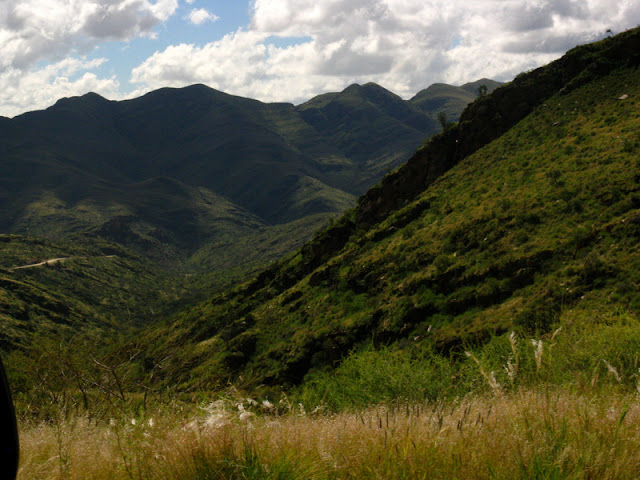 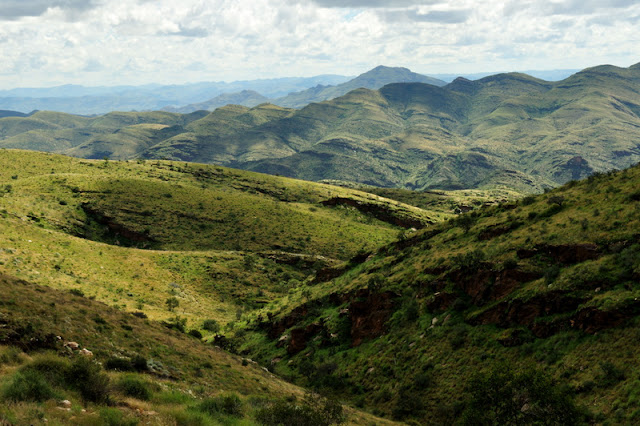 As we started down the other side, the terrain gradually became drier.  This amazing rainy season had made it possible for this otherwise arid expanse to transform itself into rich grassland. 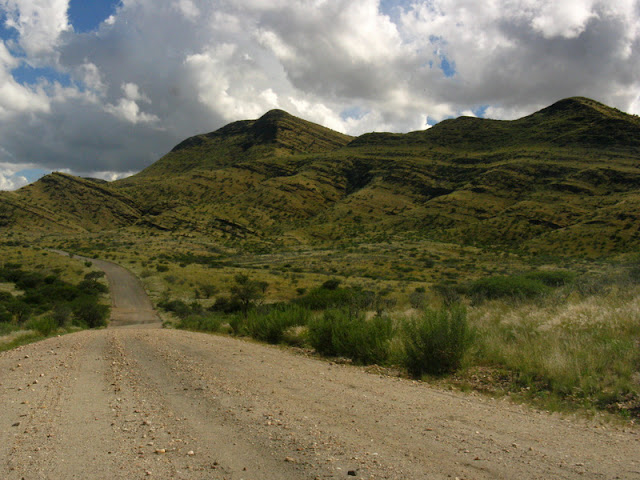 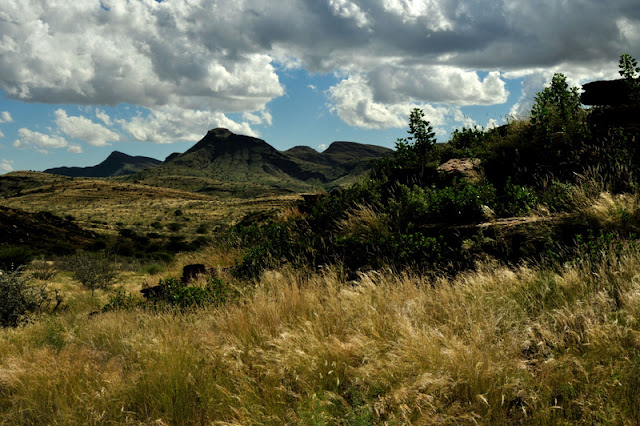 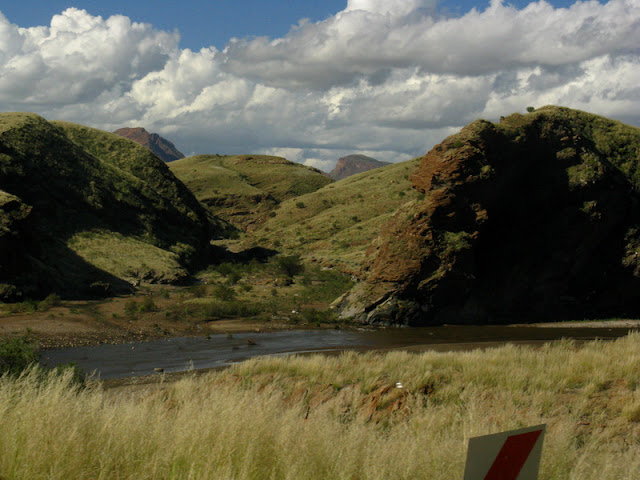 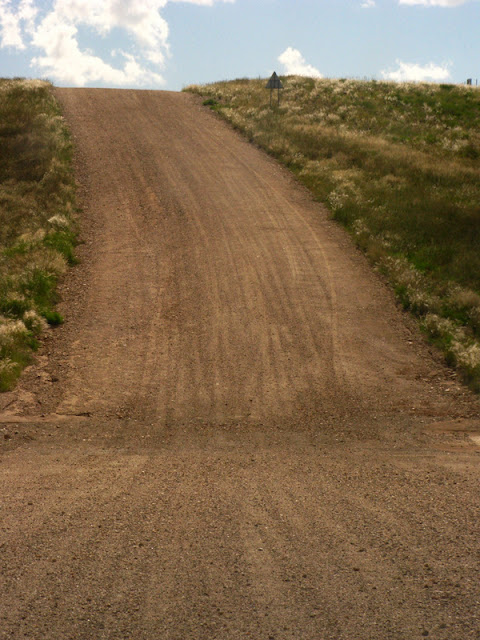 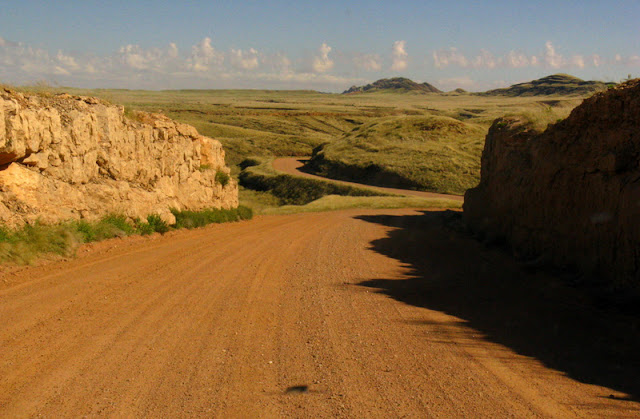 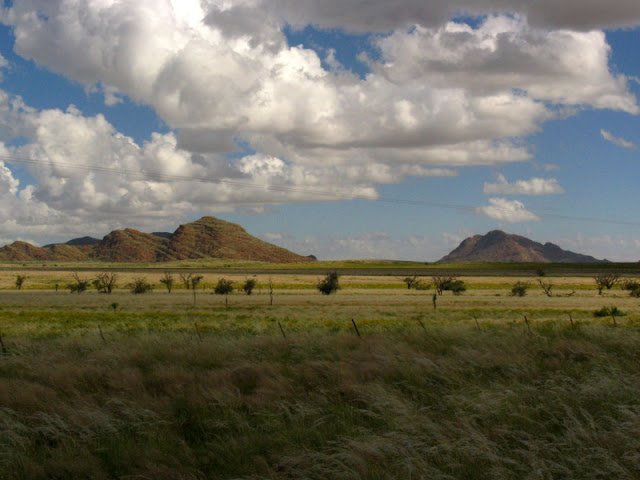 Just before reaching our evening’s destination, we passed by this now familiar landmark. 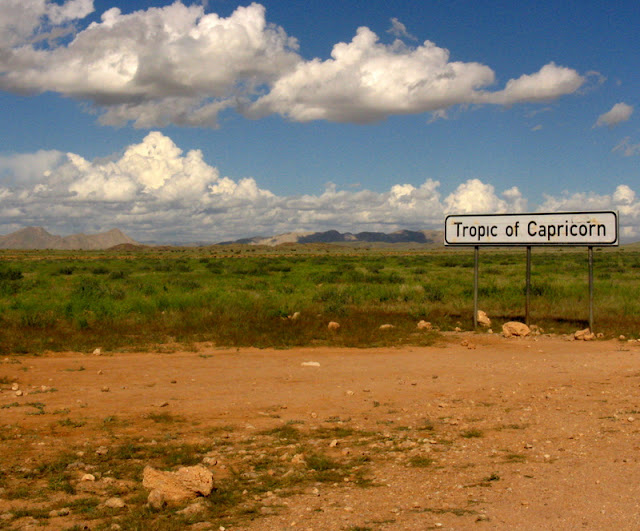 We found Rostock Ritz about 7 minutes down the road from the Tropic of Capricorn. The setting was spectacular – a sea of grass. 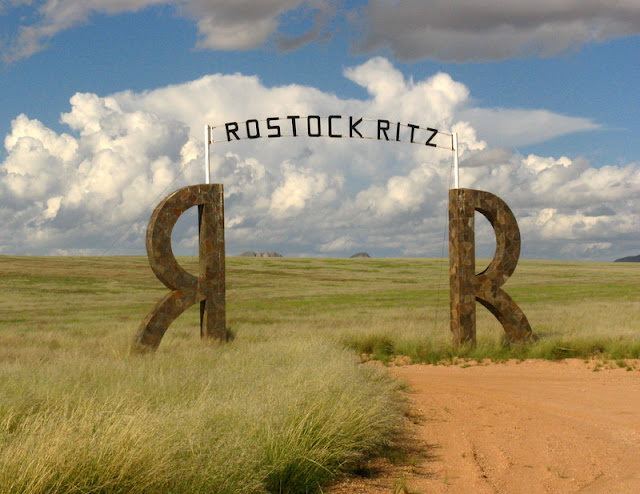 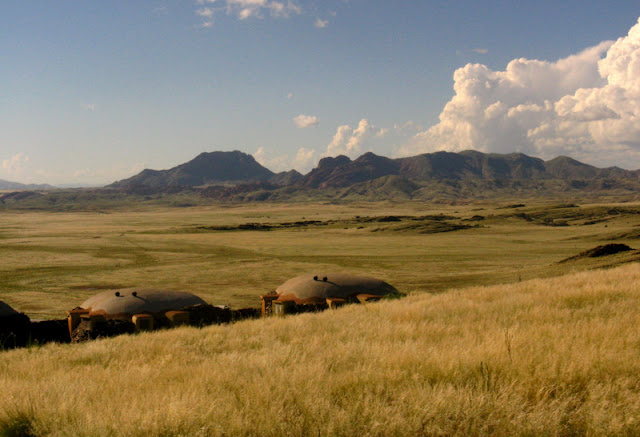 We had lost track of the fact that Easter was the next day, but it was not ignored by the reception staff at Rostock Ritz. 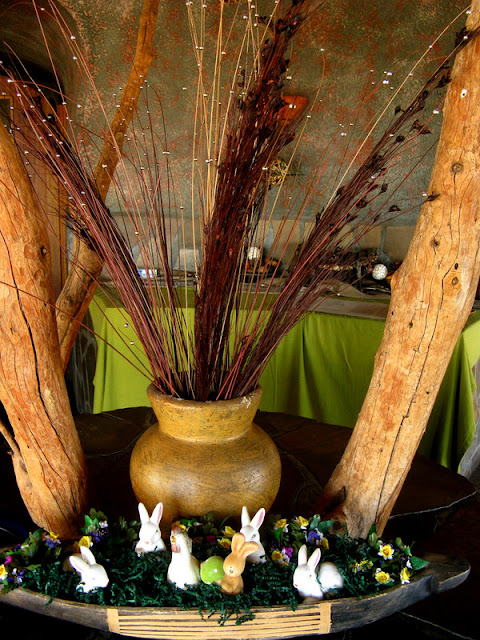 When we got to our campsite, it was already occupied by loads of armored ground crickets. 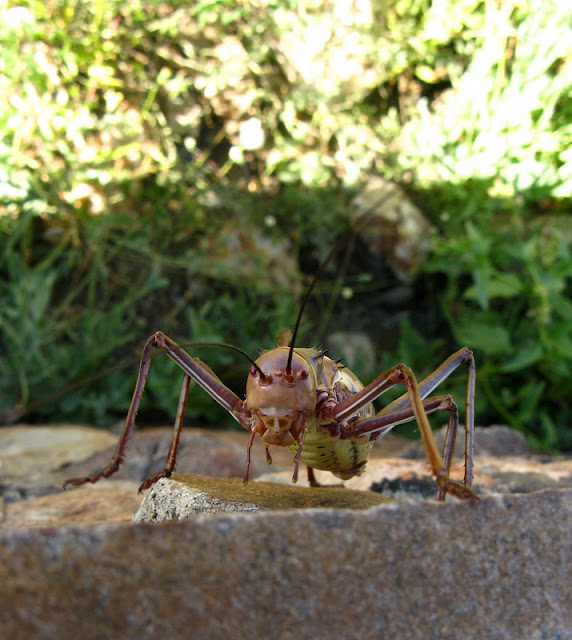 Despite having to shoo them off the table and away from food, they were little problem. We did tread lightly though as you could easily kill 3 or 4 with every step if you weren’t careful. 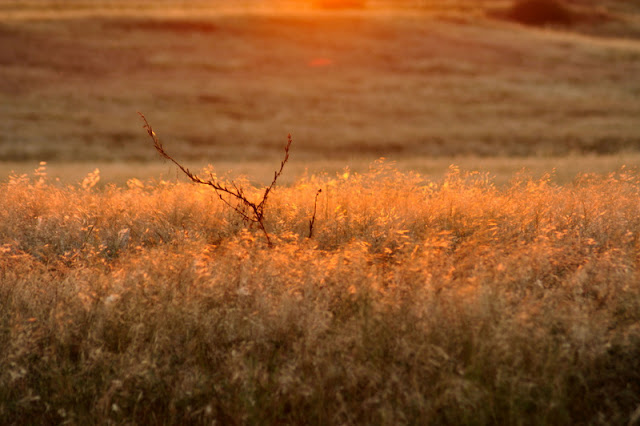 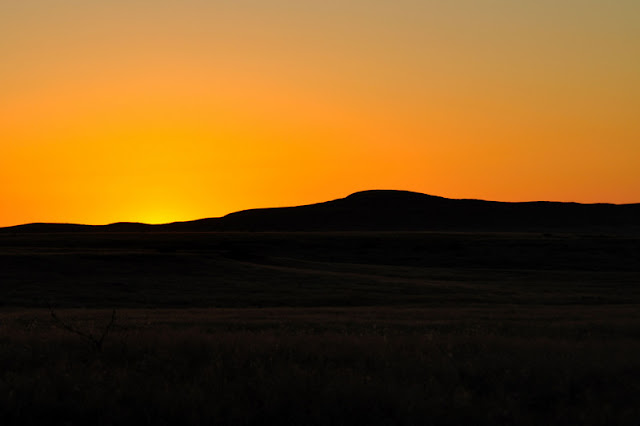 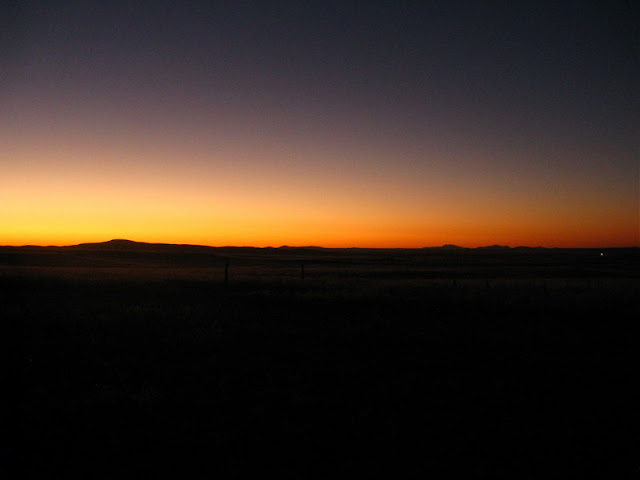 Clear skies and no light pollution whatsoever made for fun photography experiments after dark. 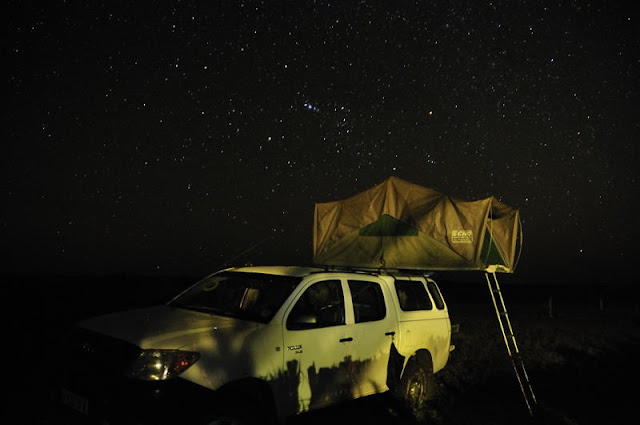 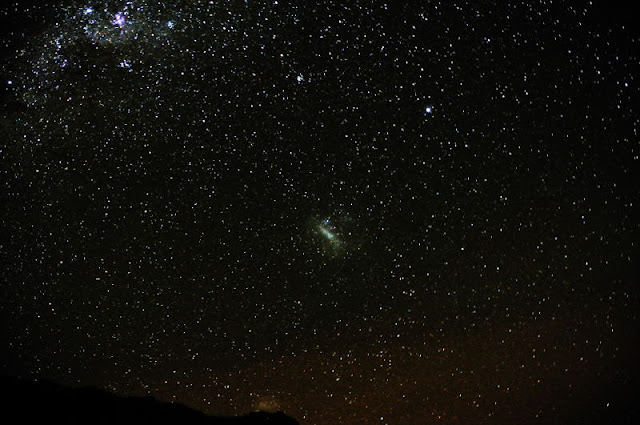 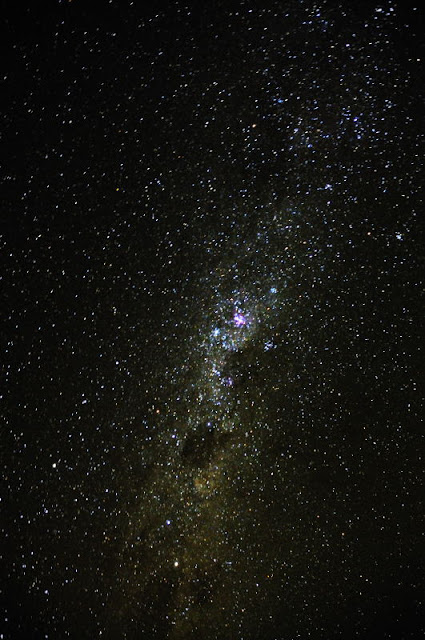 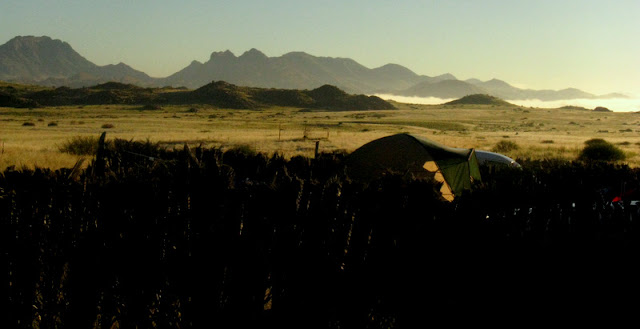 Once the sun was fully up, we were greeted by the kids from the South African family who camped next to us. They were carrying a box of marshmallow eggs they would share between them, but before helping themselves, they made the rounds of every single campsite, surprising all their fellow campers with the gift of a chocolate Easter egg! 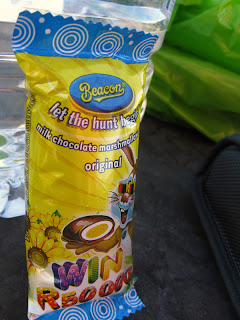