We recently made a quick weekend trip to Swakopmund to see the sea. After months of endlessly sunny days, daytime temperatures now increasing into the 90’s, and dessicating single digit humidity in Windhoek, it was time to prove to ourselves that the ocean and humidity still exist. Well, they do, and only a mere 363 km (225 mi) from Windhoek. The trip traverses what has become familiar thorn and shrub veld until 20-30 km out from Swakopmund. The scenery then becomes much more desolate with thinly scattered plants on light colored sandy soil, occasional peeks of the Namib dunes to the south, and a hazy blue band of sea lying just on the western horizon.

About 20 km out from Swakopmund we began seeing clouds overhead. By the time we arrived in Swakopmund, it was completely overcast. Grey skies notwithstanding, the sight of the Atlantic ocean crashing onto the African continent was very welcome (and hydrating!). 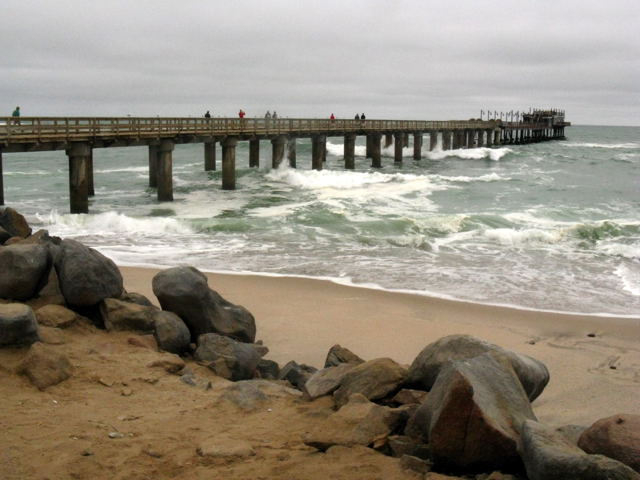 The village of Swakopmund looks like a Bavarian movie set, built of stucco instead of wood -- but with palm trees! 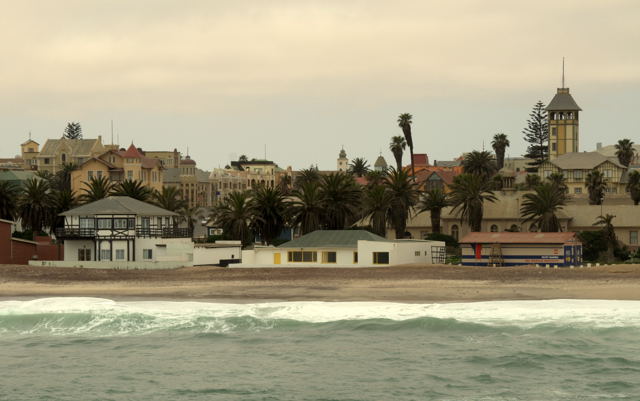 Obviously, some seacoast inhabitants are present the world over. 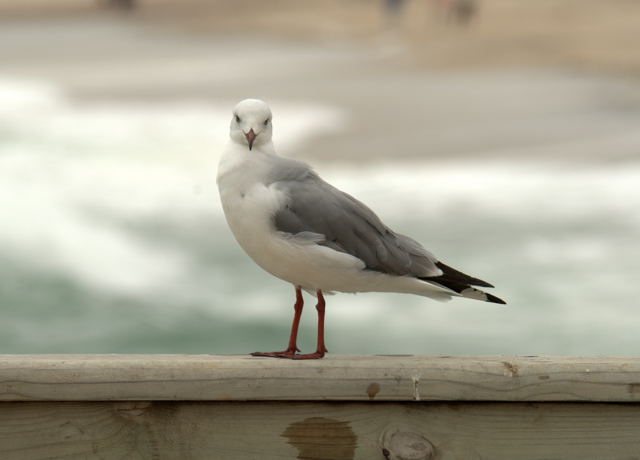 Despite towering dunes of dry sand just at the edge of the sea, Swakopmund’s tropical climate provides for the growth of beautiful palm trees everywhere. 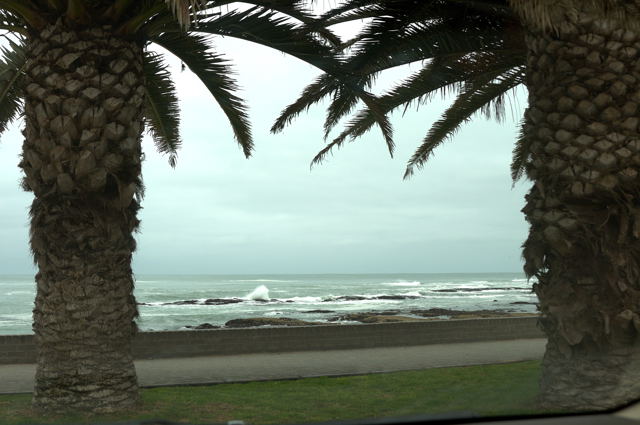 I was most anxious to see the phenomenon of sea on one side of the highway and towering dunes of the Namib Desert on the other. Hard as it is to believe, that’s exactly what it looks like. 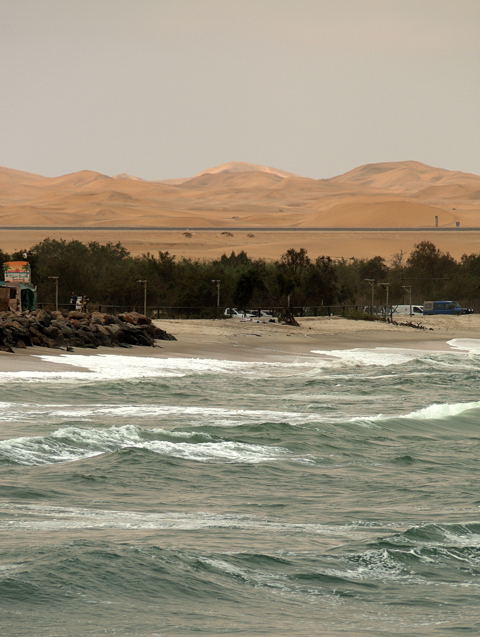 We decided to follow this incredible landscape down the highway to Walvis Bay, about 21 miles south of Swakopmund.

Walvis Bay is Namibia’s only deep water port, home of its fishing industry, and also a migratory home to some flamingo and pelican colonies. Because this was just a quick one-hour jaunt, we only got to see a small flock of flamingos wading in the ocean just off the highway. It was still fun however to watch the water-walking take offs and landings and to take flamingo portraits. 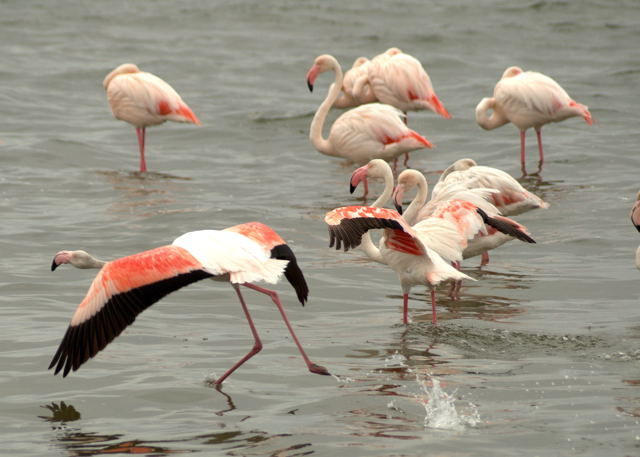 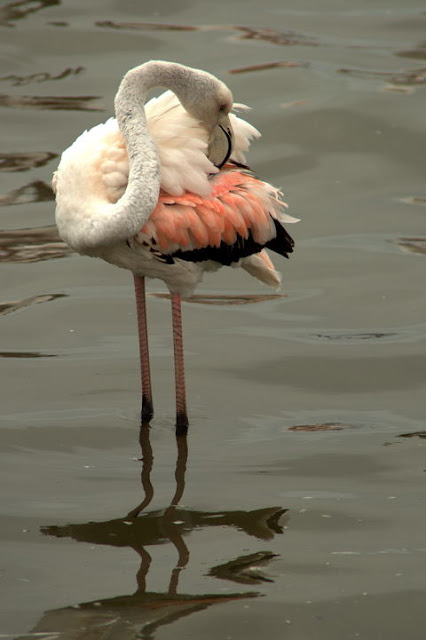 After breakfast the next morning, we drove out to the desert to see more of the dunes and the fascinating Welwitschia plants that are native to Namibia.

Traversing the desert was unlike any other drive we’ve made. It could just as well have been the moon. Across big swaths of desert terrain there was absolutely nothing but sand. 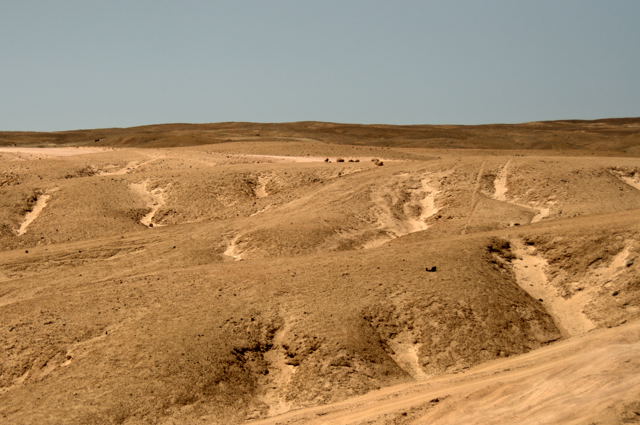 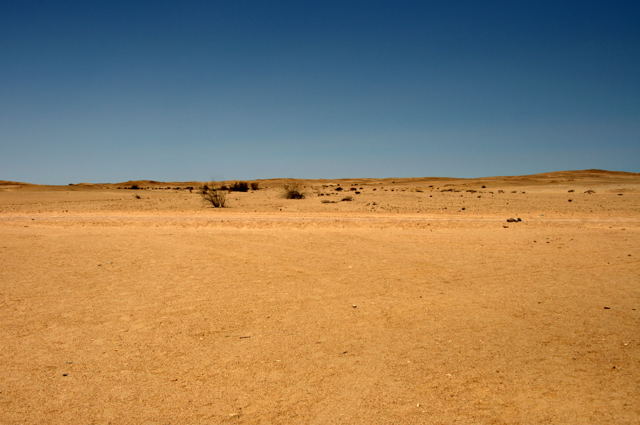 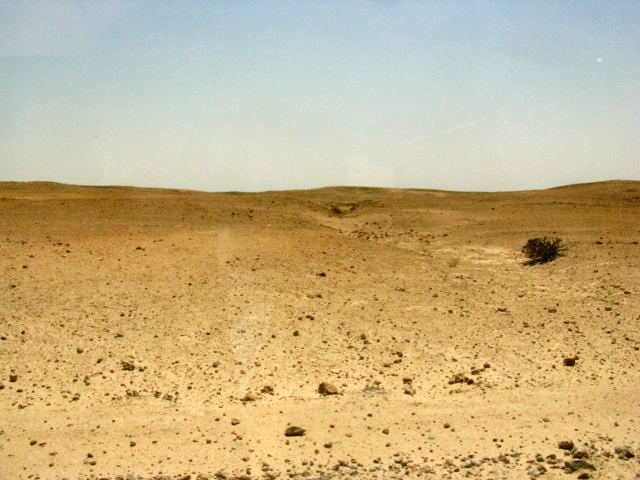 There are some overlook areas of folded rocks 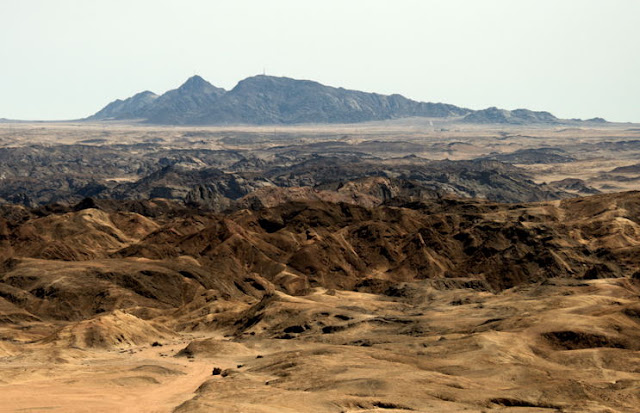 but soon enough, it’s back to nothingness. 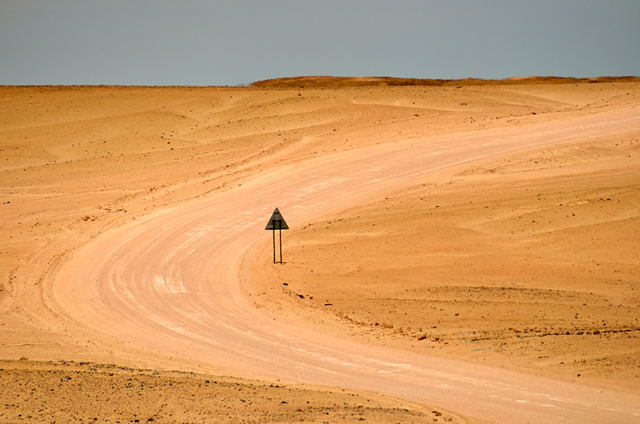 Just about the 100th time we remarked that we couldn’t believe how desolate it was, we saw a figure running to get away from our oncoming car. 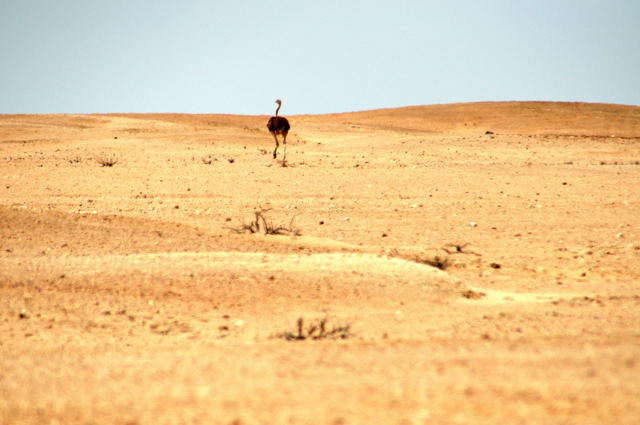 Nothing could have been more unbelievable in the midst of nothingness!


A few kilometers further down the road, we found the Welwitschia. 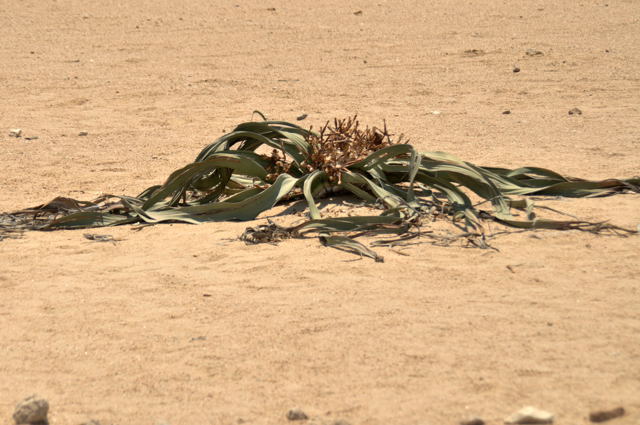 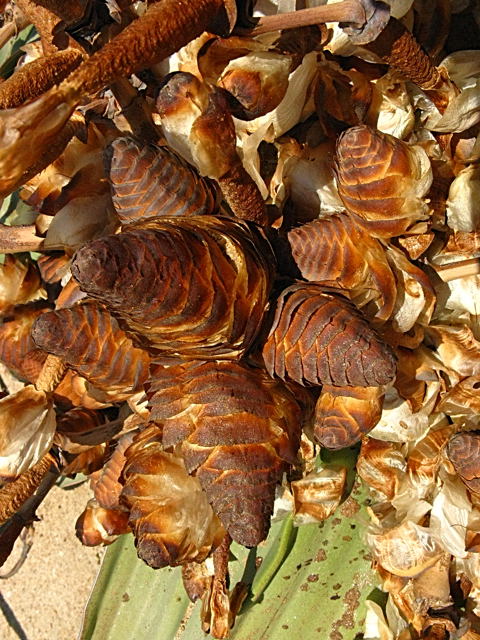 It’s an amazing plant that can live up to 2000 years. Ostensibly for the entire 2000 years, there are never more than 2 leaves in this entire assembly. The leaves get tattered and wound around in a tangled mass, but the plant never grows additional leaves. A little further away was a young Welwitschia just getting started on its long life. 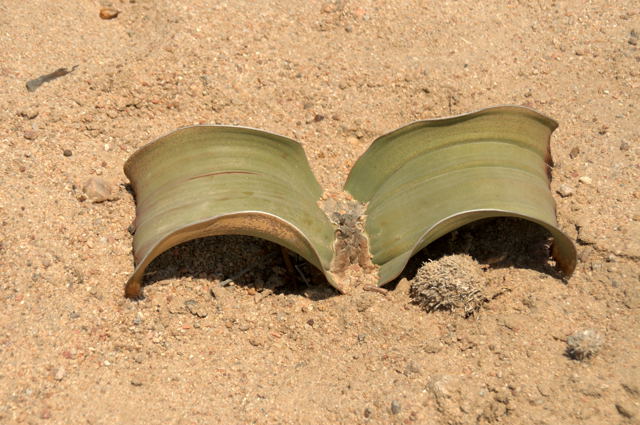 On leaving the desert, we had a quick lunch back in Swakopmund, said our good-byes to the sea, 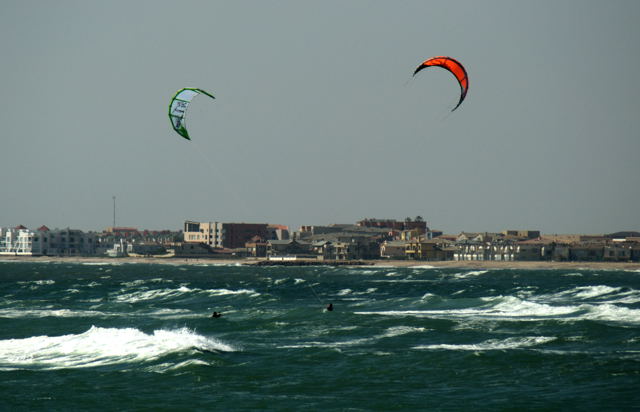 and headed east back to Windhoek.

About an hour before arriving back in the city, we snapped a fuzzy photo of the African sunset as we whizzed by. 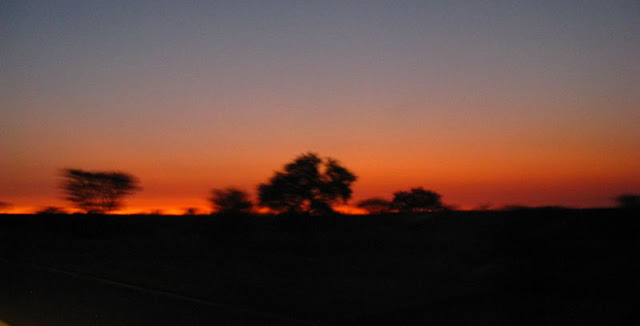 It’s no wonder folks here like their sundowners, taking the time to ponder the amazing sunsets.
1 comment: