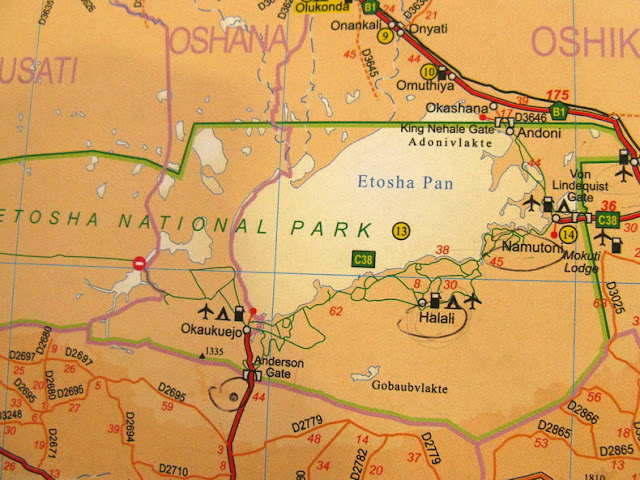 After the lions the day before, we were anxious to see more big game – hopefully, elephants this time, but it wasn’t to be —not even a brief glimpse for the whole day. We had a great drive though with lots of birding that helped populate our family ornithologist’s life list. Since you are not allowed out of your vehicle at Etosha, this was a long day in the car. We were able to get out of the car for lunch at what was supposed to have been a gated fenced site, but the gate and the surrounding fence had been trampled by elephants and both were just left hanging open. The elephants who trampled the area must have visited another day as they weren’t anywhere to be seen. We did get to see these smaller game animals in the early part of the day: 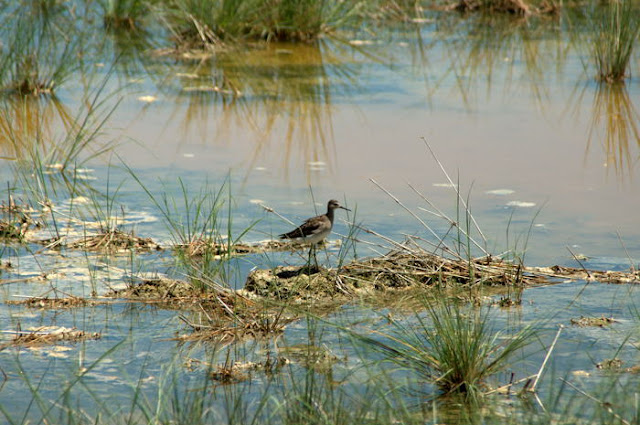 Etosha was positively verdant on this trip 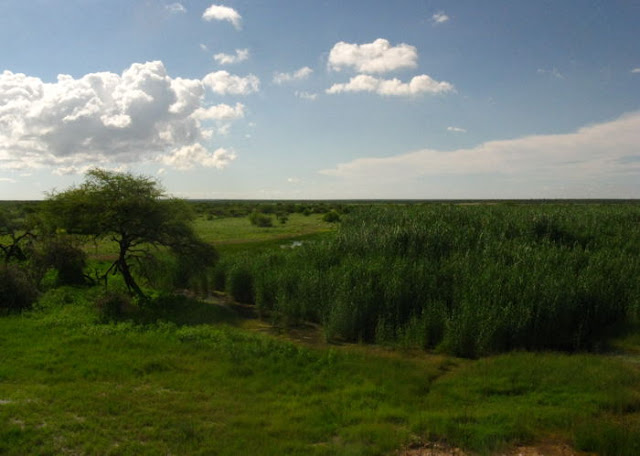 and because of the rains, lots of migratory water birds were here for their breeding seasons.  This pair of blue cranes was beautiful to see and apparently, quite rare in this area.  They were taking turns incubating the eggs in their nest. 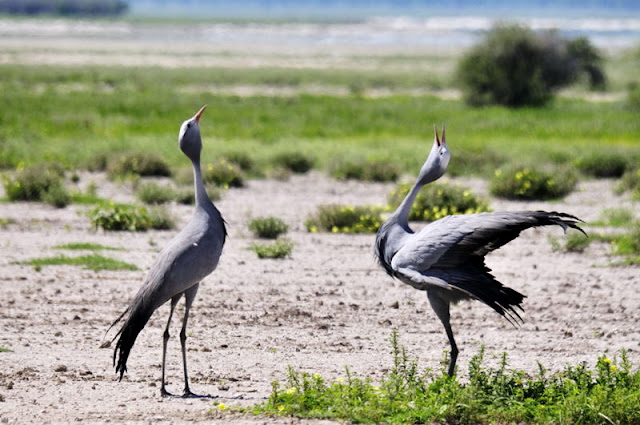 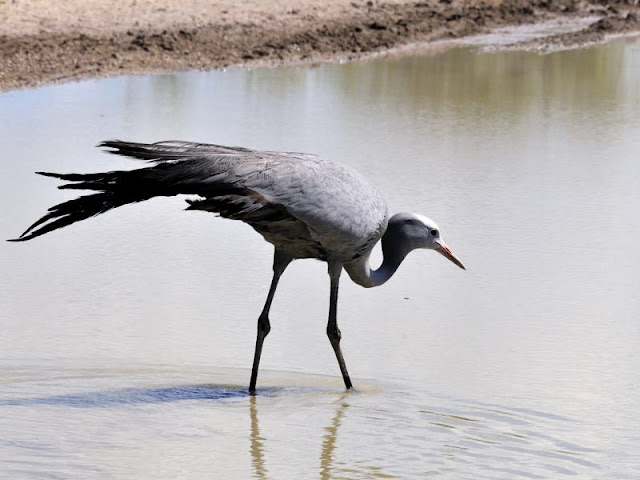 Late in the day as clouds were beginning to gather to rain, 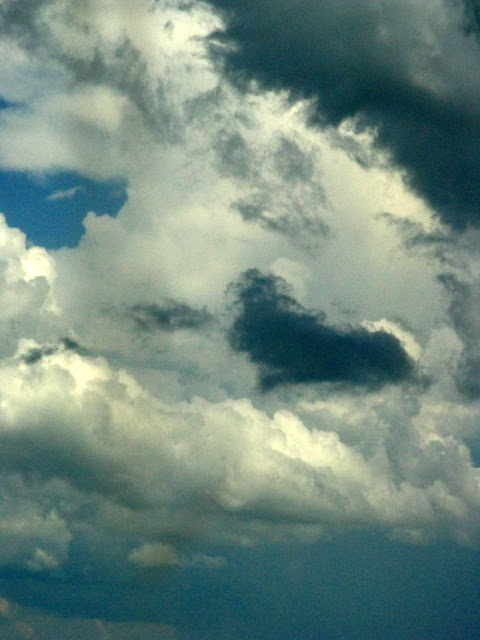 we arrived at the far eastern part of the park and were astounded to see herds of 20 or more giraffes peacefully grazing by the sides of the road, standing in the center of the road, and moving through the thorn bushes and mopane trees. 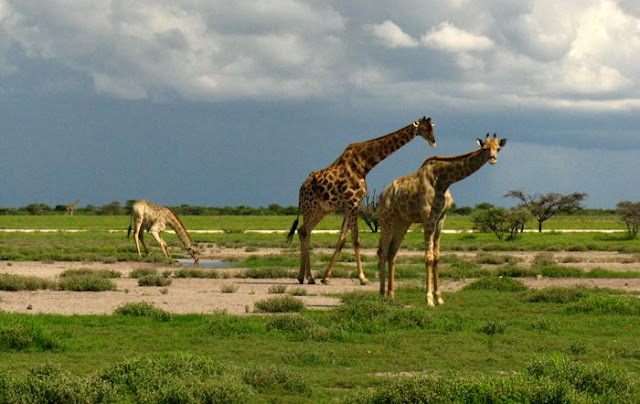 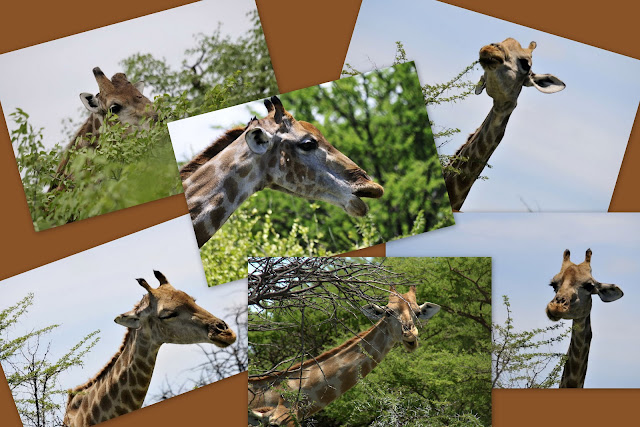 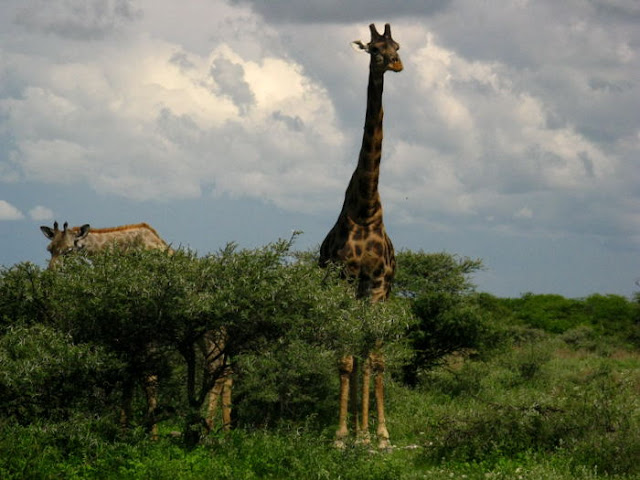 Lots of herbivores were on this side of the park and their babies who had been born as the rains brought on the luscious grasses. 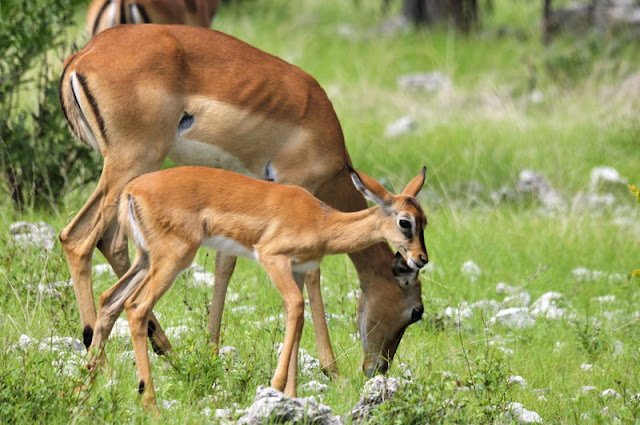 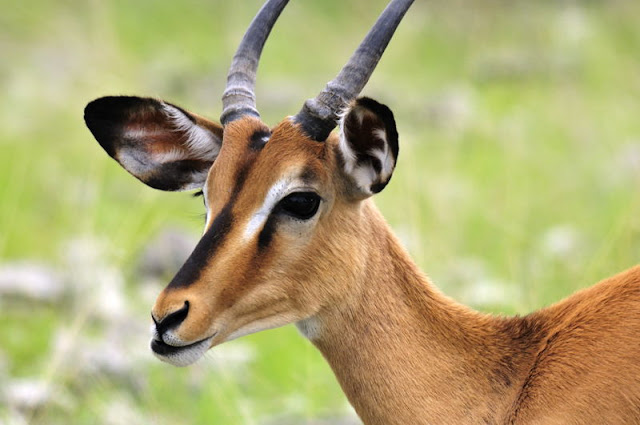 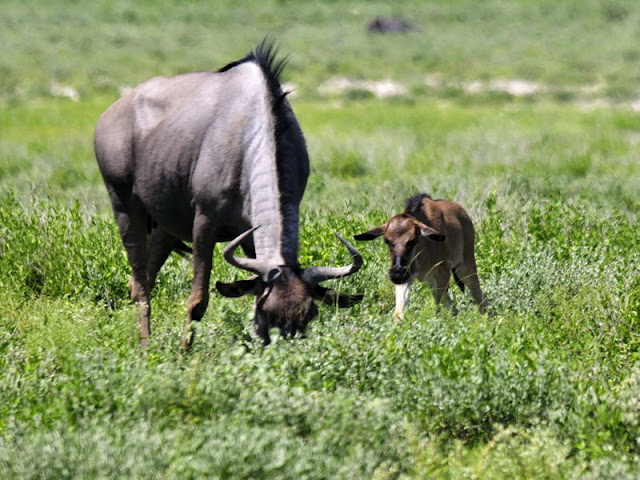 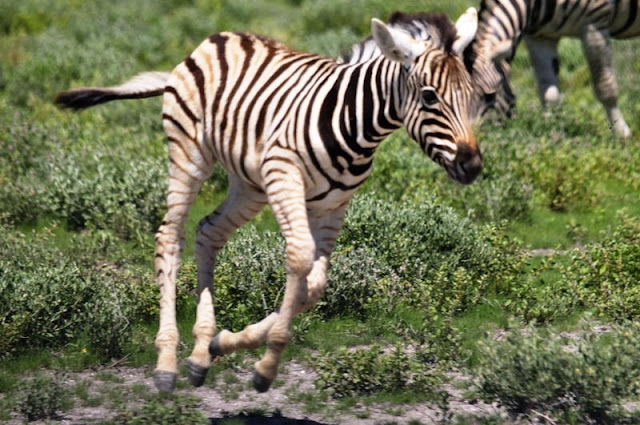 And it never fails, that I find impala still practicing their mirror image trick. 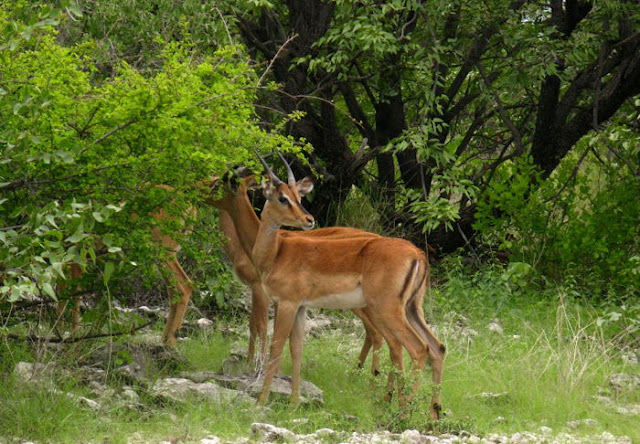 We finally arrived at Namutoni on the eastern edge 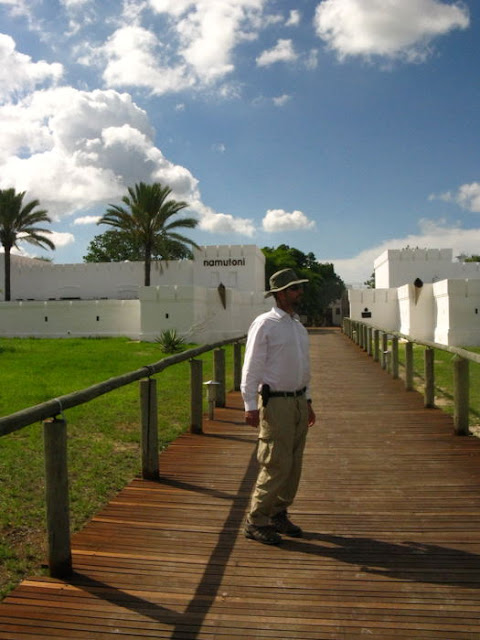 but had to leave soon after in order to make it to Onguma Bush Camp for the night before the skies opened up. We didn’t make it. The rain started just about here. 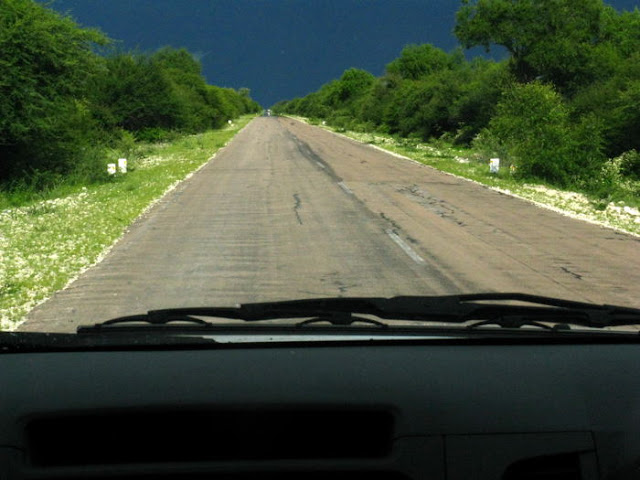 We arrived at Onguma in the middle of the storm. Fortunately, we could duck into the Lodge restaurant and sit out the storm sipping hot coffee in the lapa area until near dark when we finally got to set up camp. This was a beautiful campsite with our own bathroom facilities and hot shower. Nice luxury for camping out!
No comments: