Weather is funny stuff here. We still don’t know what makes the haze in the air. When we ask, responses range from, “what haze?” to “it’s just a lot of mica in the air” (now that’s a totally new one!). If the photos didn’t show it clearly, the process of photography certainly lends testament to the fact that it exists. The professor says he has lost 2 full f-stops of light when compared to a sunny day in Albuquerque. Windhoek is at the same elevation as Albuquerque, so all else being equal, you might expect the same clear skies as those we have at home. However, since spring arrived in Windhoek, there are darn few days like this with the bright blue skies we saw when we came in July: 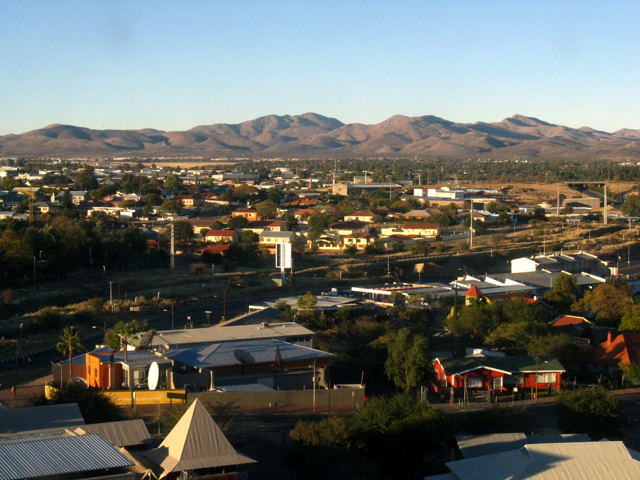 There is a coal-fired power plant in Windhoek and individual fires that take place nearly every day. With such a giant disparity between have and have-nots here, poor people use fires for both warmth and cooking. That all can lead to days like this: 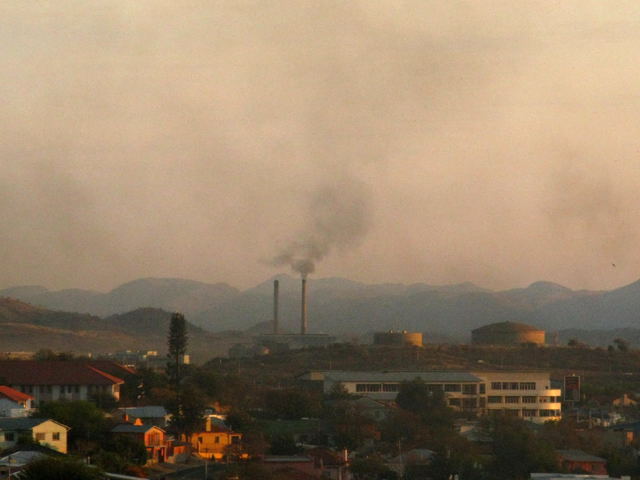 On most recent days however, it’s just plain hazy. Windhoek appears to sit in an ancient caldera and is surrounded on all sides by mountains. Perhaps there is an inversion process going on here, and spring is windy here just like in Albuquerque. The best we can figure is the haze must be very, very fine sand particles and/or a dust phenomenon we just don’t understand. But whatever it is, lately our days have looked like this. The mountains are nearly indistinguishable at times. 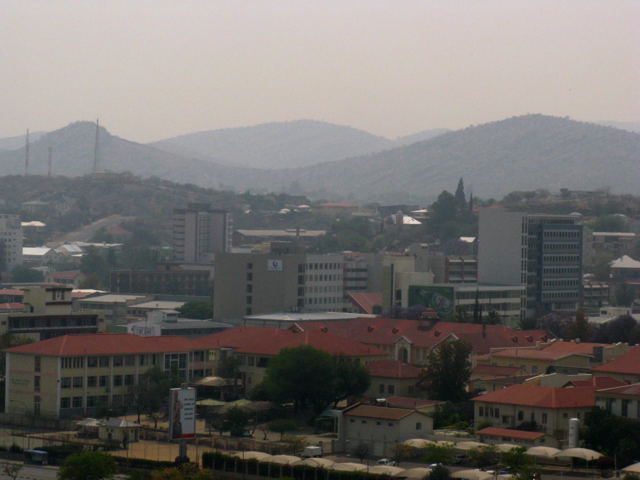 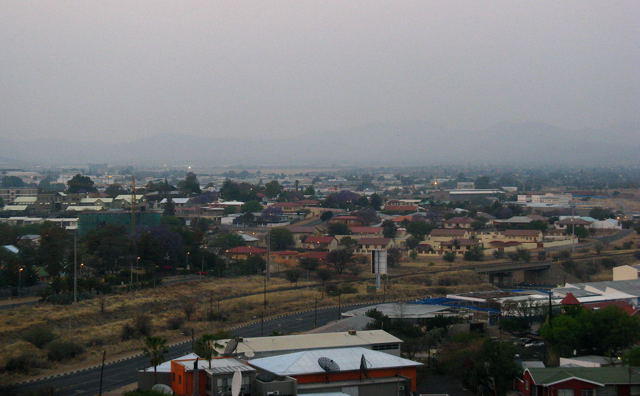 There are a couple of pleasant by-products of the haze. Since it’s nearly always present, the colors of sunrises


and sunsets can be amazing.

But given that the rainy season doesn’t arrive until December (more likely, January), the haze just amplifies the feeling that it is exceptionally dry here. Apparently it’s not just a feeling. Over a couple of days and nights, there were wind-driven veld fires in the hills above Windhoek, some close to a few of the  in-city neighborhoods. It all looked really scary here over a couple of days but there were no news break-ins on television and no fire sirens above the usual. Apparently, they just let the things burn out. 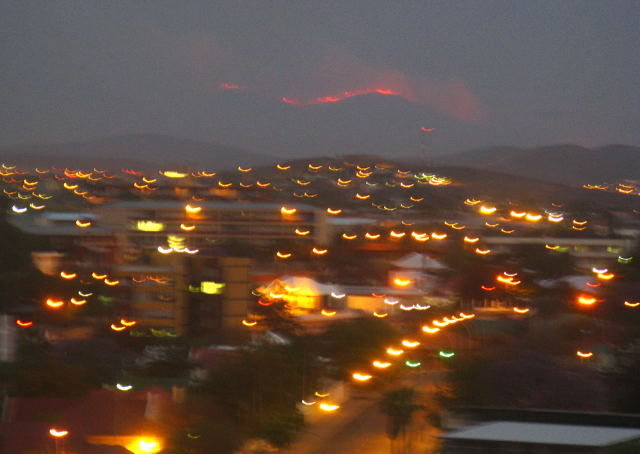 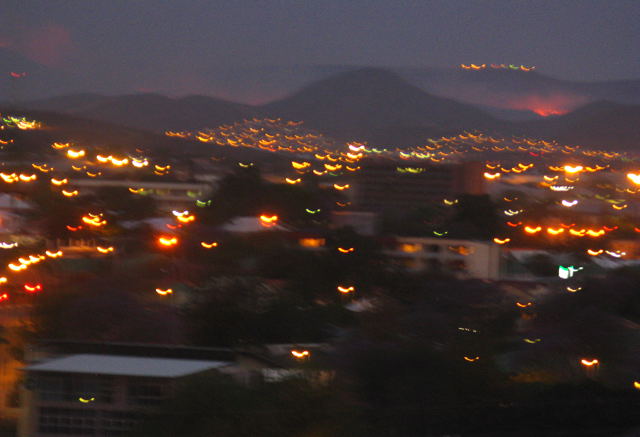 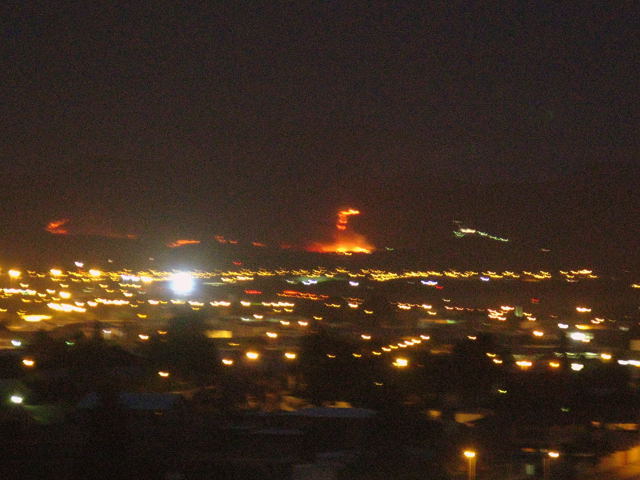 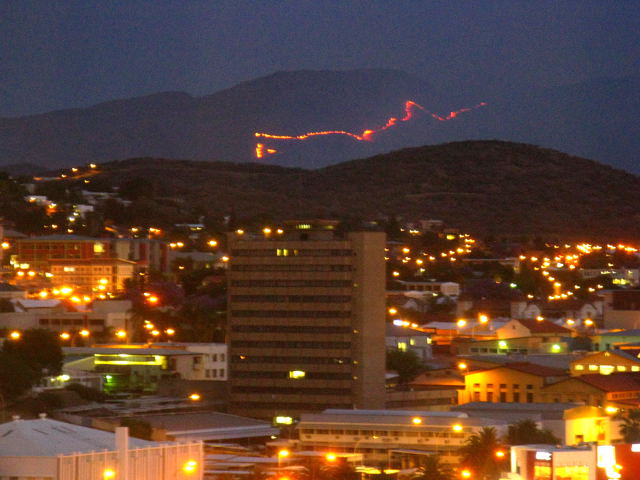 Amazingly, on the morning after the first fire, the air was clear above Windhoek 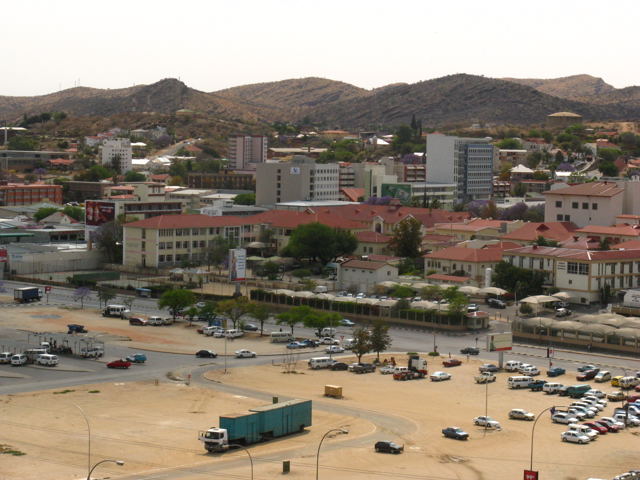 with the exception of a fire still burning behind a hill closest to town. 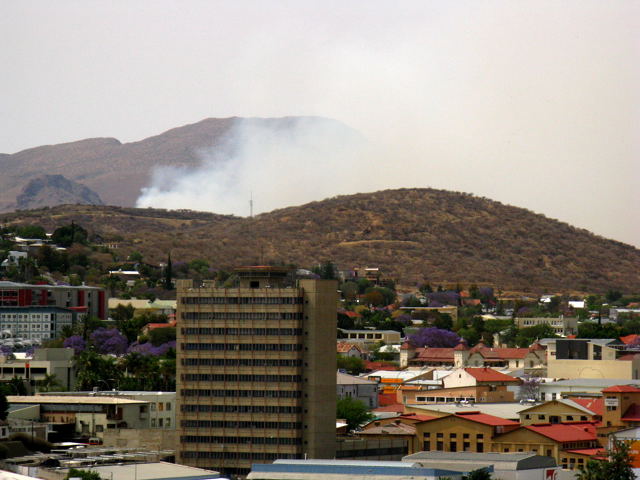 The only explanation I have for this invokes some of my ancient chemistry knowledge that like dissolves like!

But two days later, the skies were back to their hazed norm. 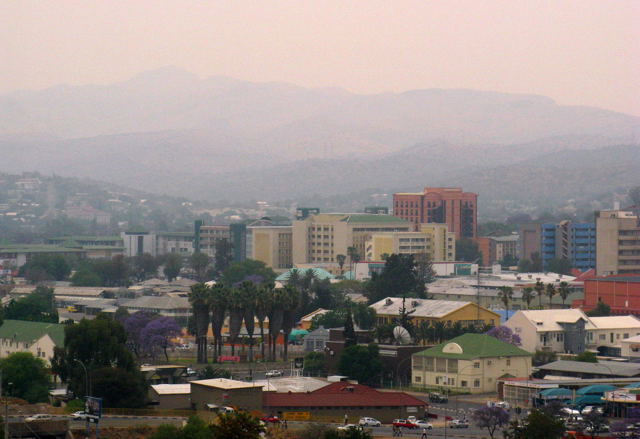 Then on September 30, finally, a weather pattern I recognized started to form to the south. 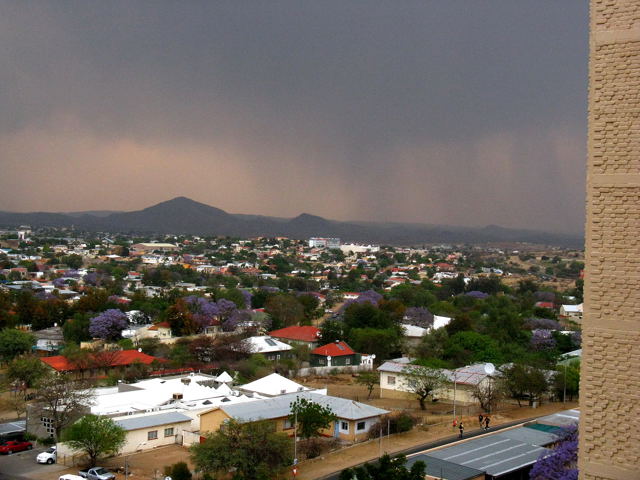 Once it really got underway, 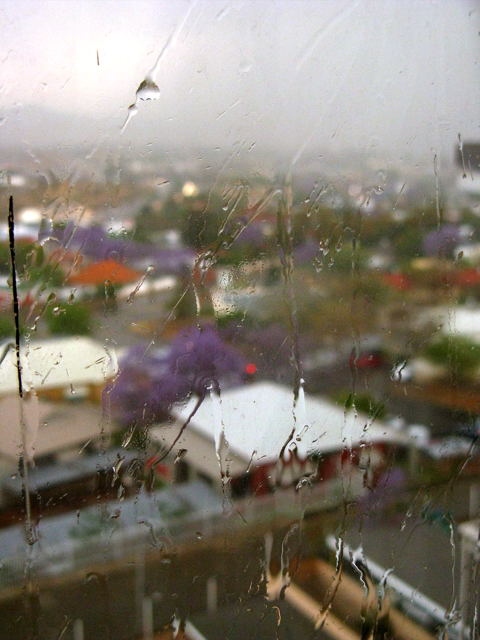 there was no denying that this was one significant rain. It poured for about 30 minutes solid. The professor, who has rural Oklahoma roots in his lineage, refers to rains like these as frog stranglers. Perhaps if it wasn’t so desiccated here, making the likelihood of a frog completely out of the question, this particular rain had what it took to strangle frogs beyond number. 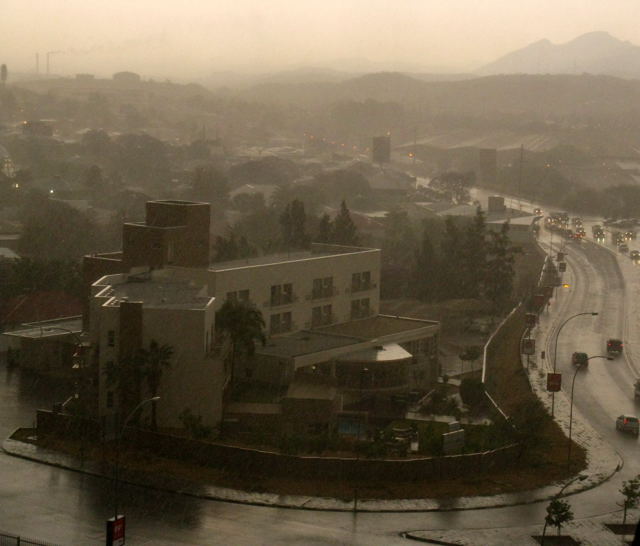 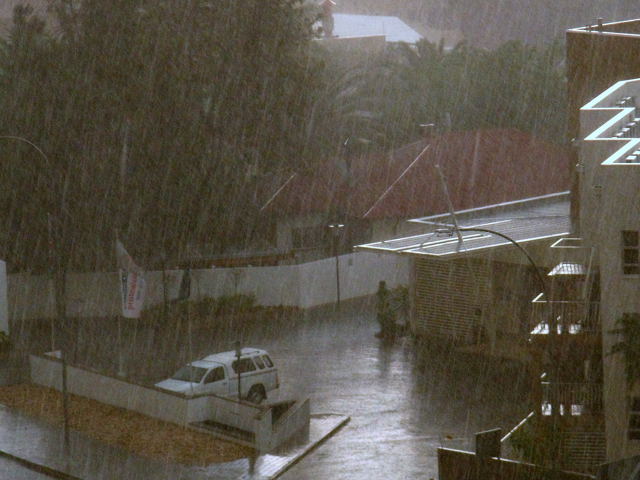 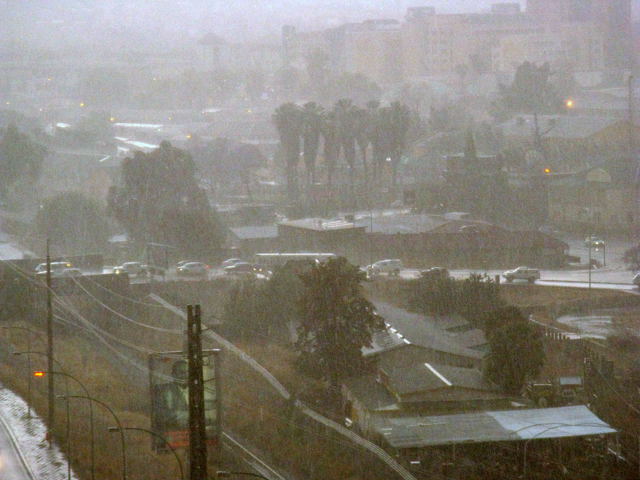 The professor’s students were really excited the next morning, telling him how happy they were to see the rain. Not a drop had fallen since February 1, 2010 – a full 8 months without rain!

But then, the morning after, this was the sky above Windhoek. 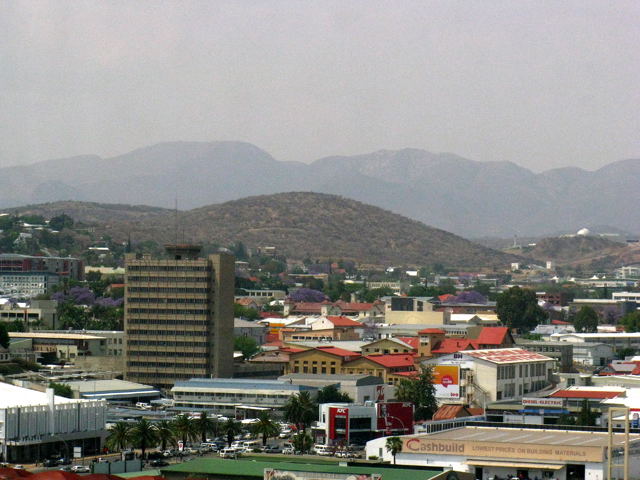 How it survived that rain is beyond me.
1 comment: