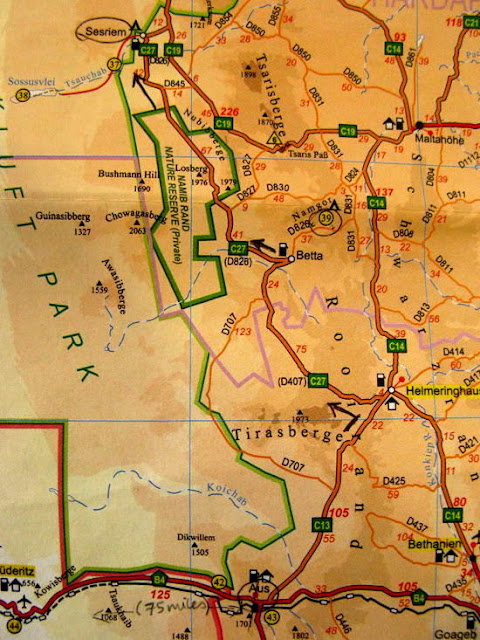 On December 31st, we got an early start from Aus as we had a 350 km trip on gravel roads ahead of us. This was going to be our first full day completely on gravel and we weren’t certain what to expect. We followed C-13 from Aus to the intersection of D707 which we followed until it connected with C27 on into Sesriem.

Namibian gravel roads are designated with letters that indicate their general integrity and maintenance. C roads are better roads and better maintained than D roads, etc. Our Toyota Hilux took the road in stride and provided a surprisingly smooth ride. We maintained a fairly constant 80 KPH with no problems. It was overcast most of the way but we encountered only light rains.

It was a beautiful drive that day with the scenery changing regularly enough so that we never were bored with the view out the windows. There were beautiful plains and mountains 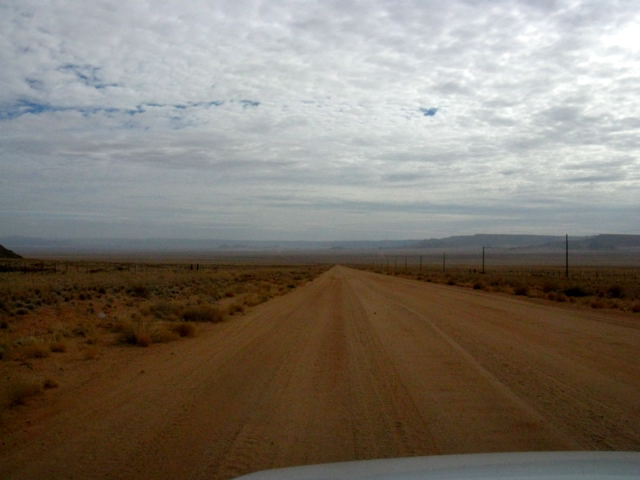 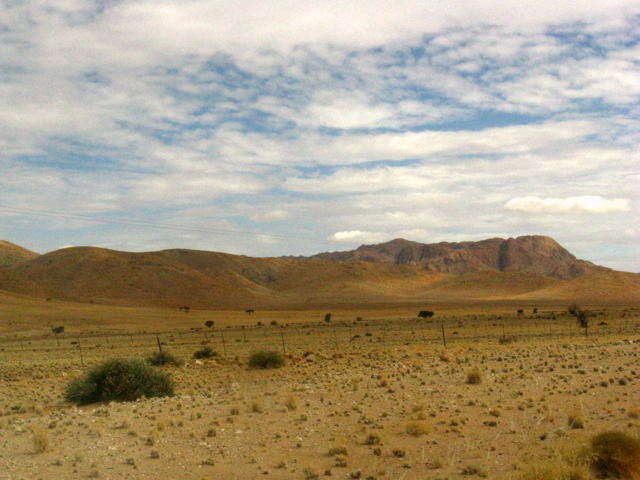 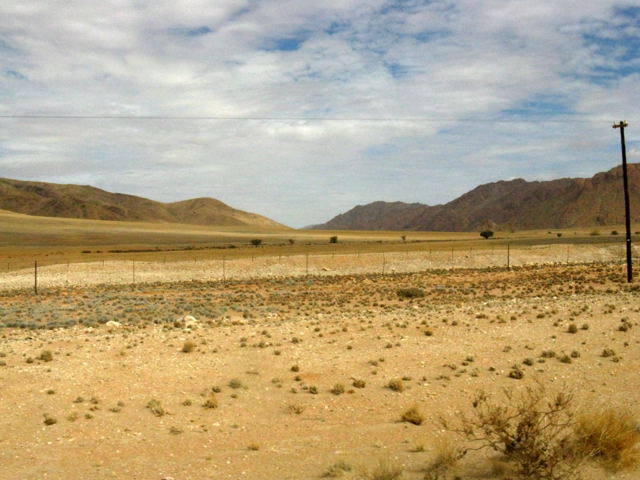 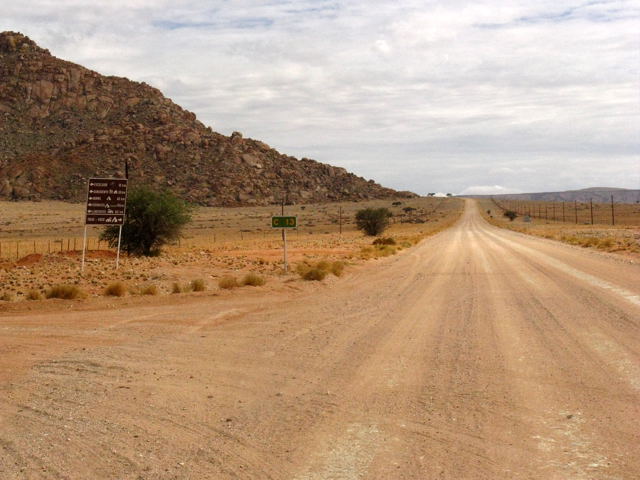 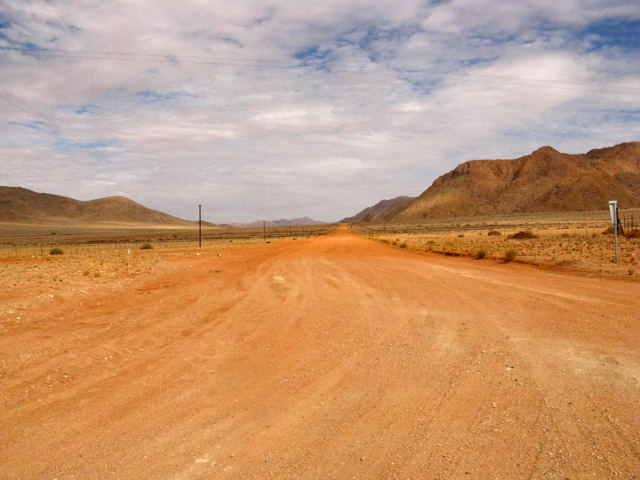 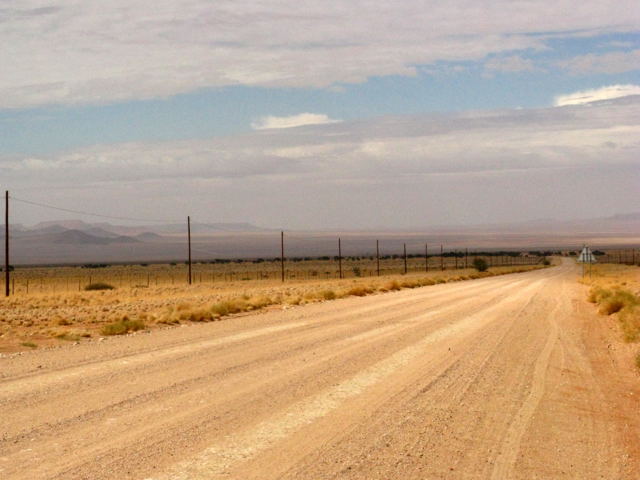 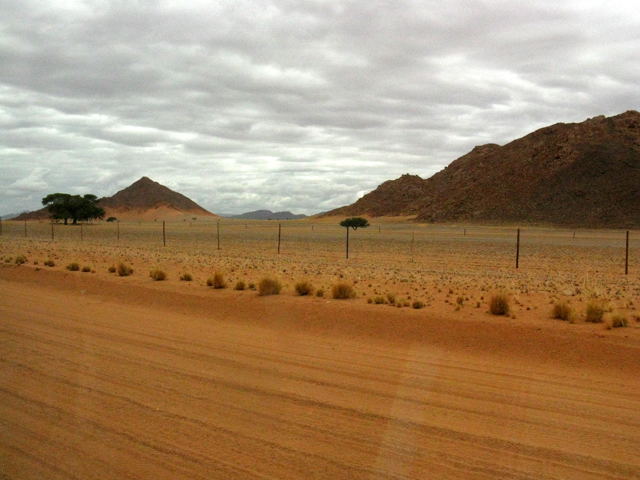 and occasionally something inexplicable. 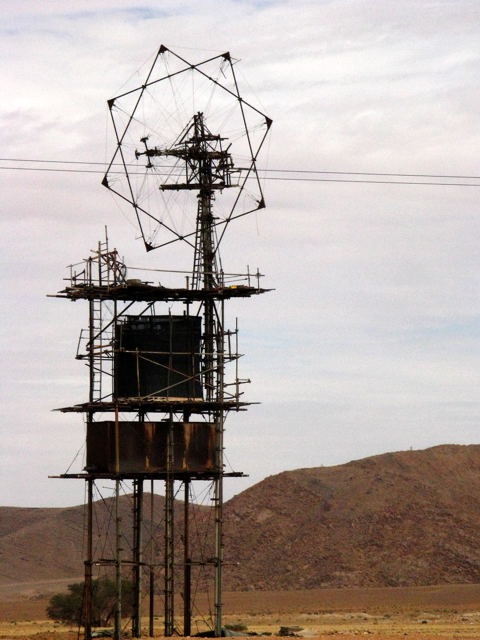 The gravel road stretched as far as the eye could see in large sections of the roadway. 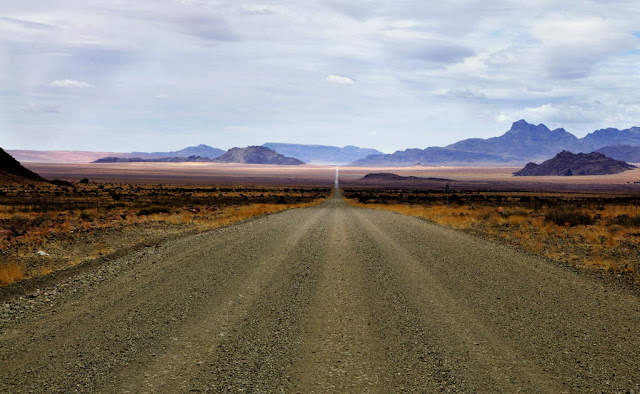 There were only small farmhouses along this road so we stopped for lunch at the side of the road, made sandwiches and took the time to let the serious photographers in our crew take some serious photos. It was hot despite the overcast but not unbearable.

After lunch the road took us through part of the Namib Naukluft Park and more striking mountains appeared with large expanses of open grassland between. 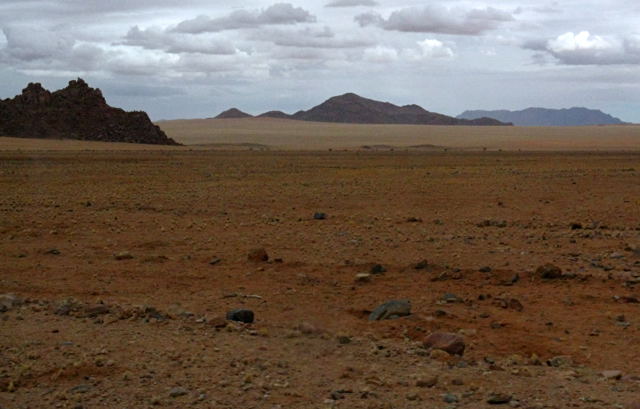 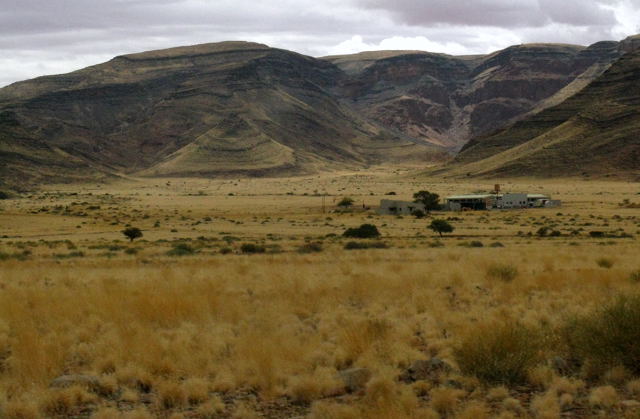 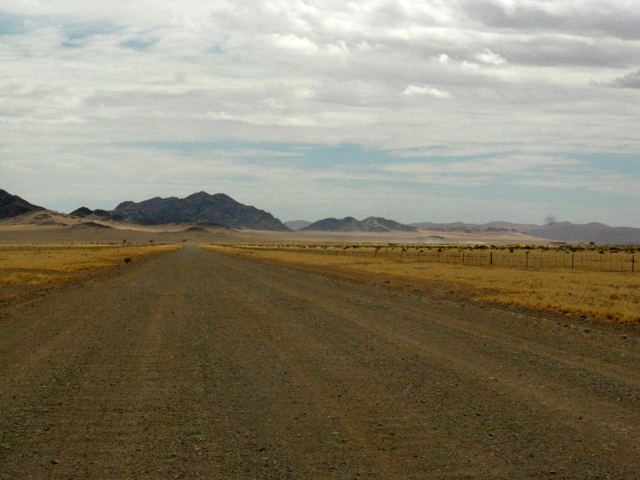 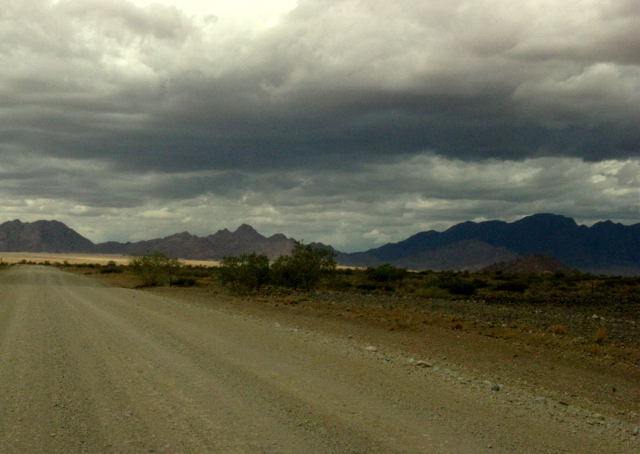 By the time we got to Sesriem it was mid-afternoon, and plenty hot. Thankfully, the reception area houses a large bar where cold Windhoek Drafts and Rock Shandys were plentiful. Setting up the tent could wait a little longer.

Once the heat of the day abated, we got the camp set up. 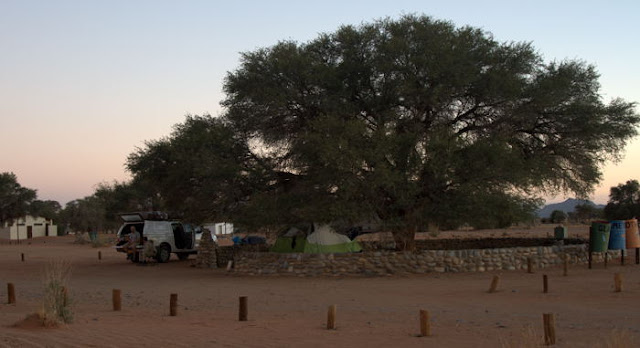 We had plenty of supplies for a camp dinner and enjoyed preparing it together then savoring the sunset that ended this New Year’s Eve day. 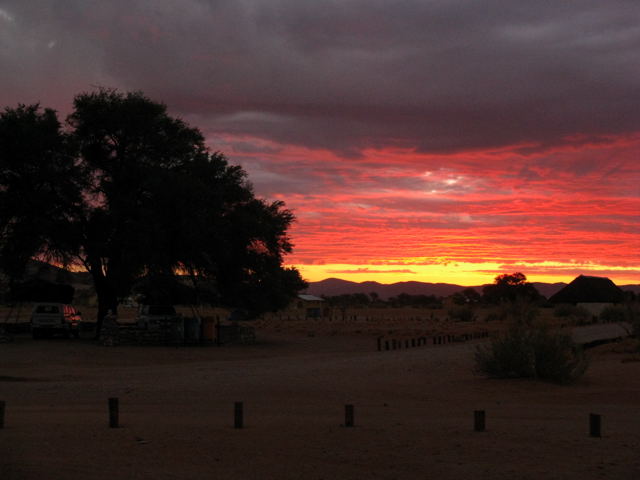 Before we went to bed that night, the sky had become clear and the Milky Way and Magellanic Clouds were on view again – silent fireworks to usher in the new year.  Turns out traveling over large expanses of gravel road and camping are tiring endeavors. We and all our fellow campers at the campground were fast asleep as 2010 turned silently into 2011.
No comments: