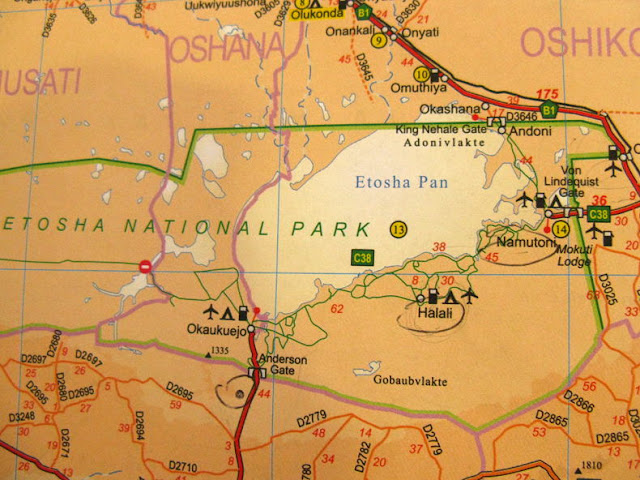 We got up very early the morning after the professor’s birthday celebration to take a half day game ride into Etosha. The professor and I hadn’t been back to Etosha since November when bright green leaves on the mopane trees throughout the park contrasted starkly with the still parched ground.


The park in November was positively verdant compared to the first time we saw Etosha back in August.

We were anxious to see it now that the rainy season was underway.

We couldn’t believe the transformation.

The entire park was carpeted in the brightest, nearly day-glo green groundcover, with grasses and shrubs of myriad shades of green to complement it.

When it’s really green and verdant like this, the shrubs and trees can easily hide the animals. We didn’t see as many on this game drive as usual but enjoyed finally seeing this park so lush and green. A few of the Etosha regulars were going about their business and enjoying the cooler weather and the easy availability of water. 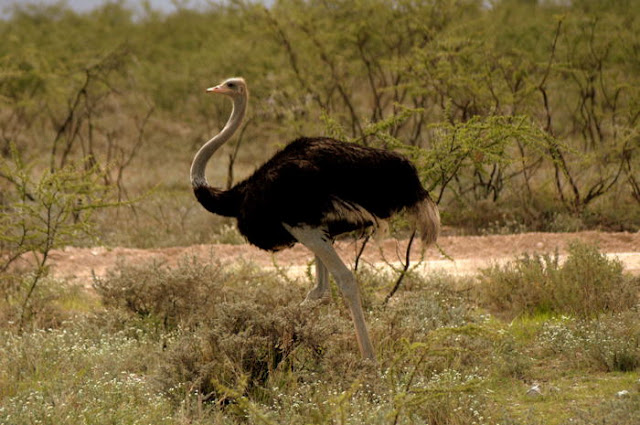 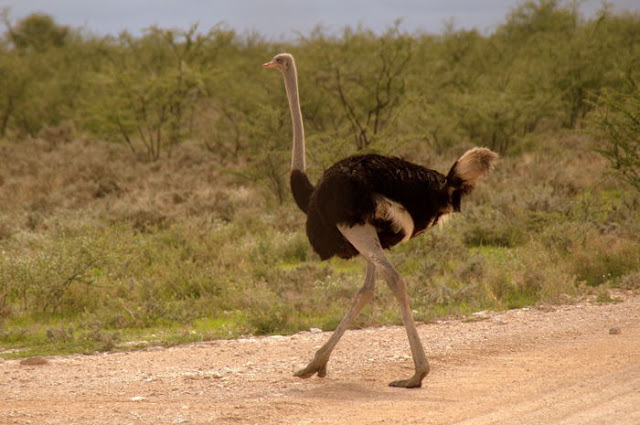 After the game drive, we got back in the truck for our drive to our overnight location -- Halali Rest Camp about midway across Etosha. We saw some small pockets of antelope and springbok and a few individual animals out and around 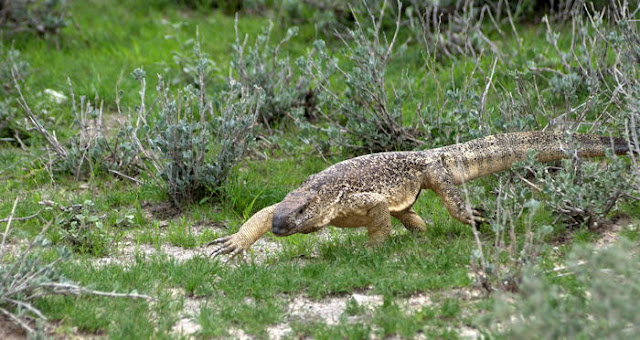 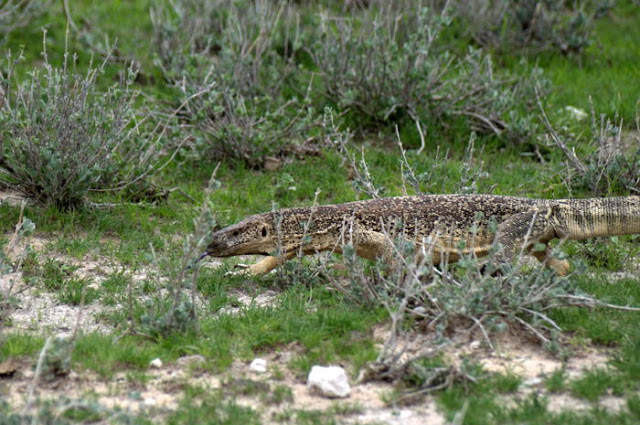 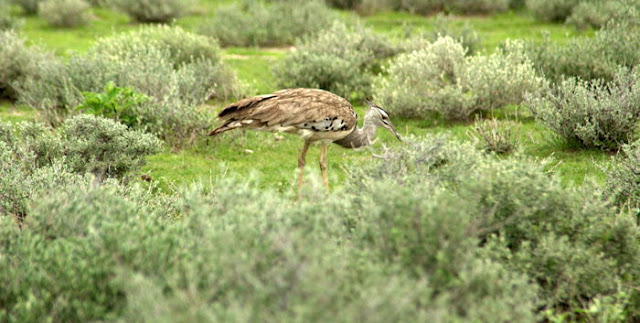 but most of the animals were obscured by the heavily leafed out shrubs and trees.

We could see the arriving storm that would be right over us about mid-afternoon and sure enough, it didn’t disappoint. 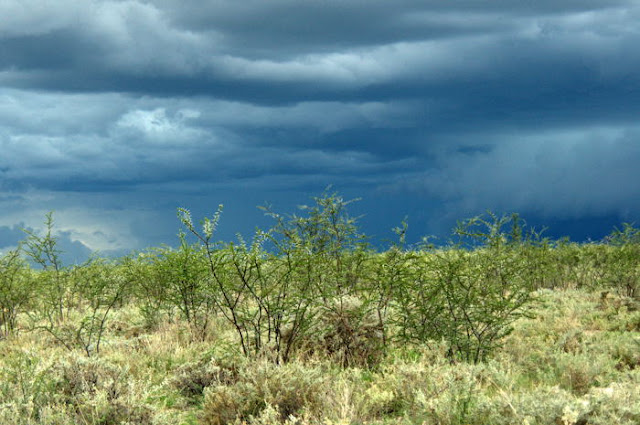 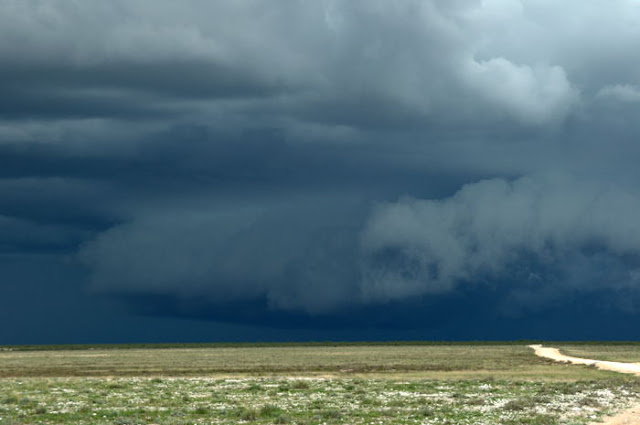 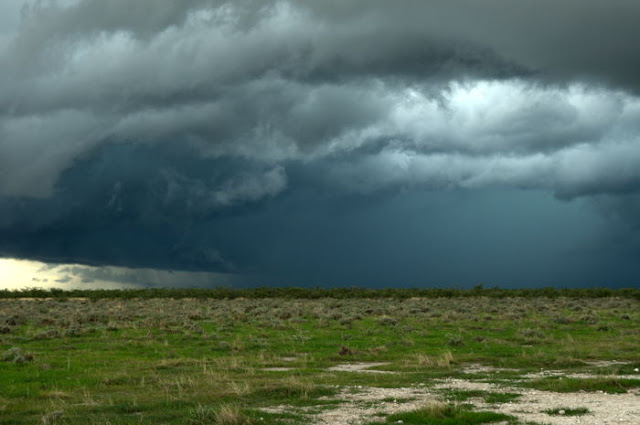 Heavy rains filled every depression in the smaller side roads and created mini-ponds in others so the going was slow and photography options limited. By the time we drove out of the downpour and back on the main road to Halali, the sky was getting increasingly dark and the rains were abating but not over. We drove into a pack of cars pulled over to the side of the road, and just as in Yellowstone when that happens, you can be sure there is something interesting to see.

Just as we pulled to a stop, our eyes could pick out an impressive pride of lions at rest on a hillside. The lionesses, which looked like giants, were on guard at various locations facing out toward grazing springbok in the fields just beyond – all of them positioned just out from the pride’s male. 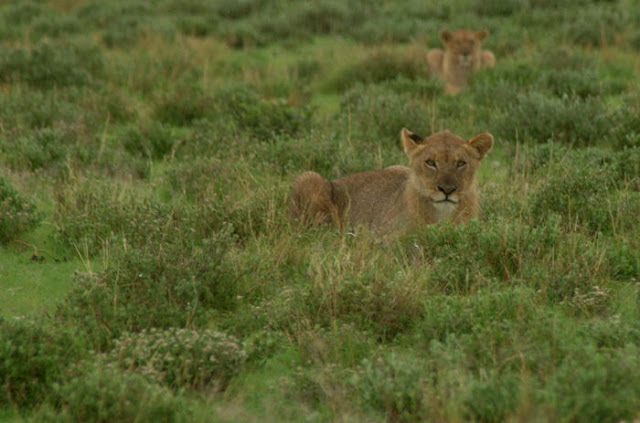 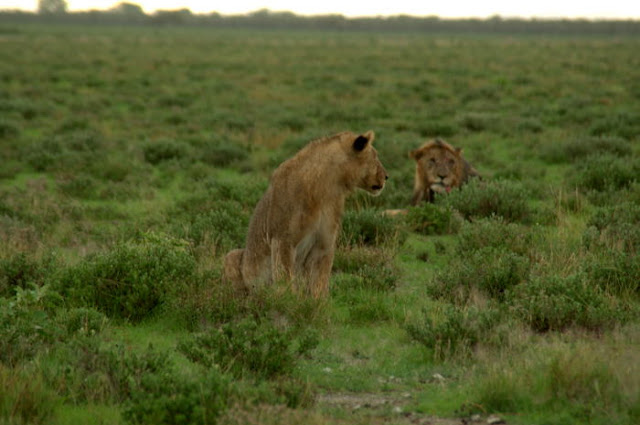 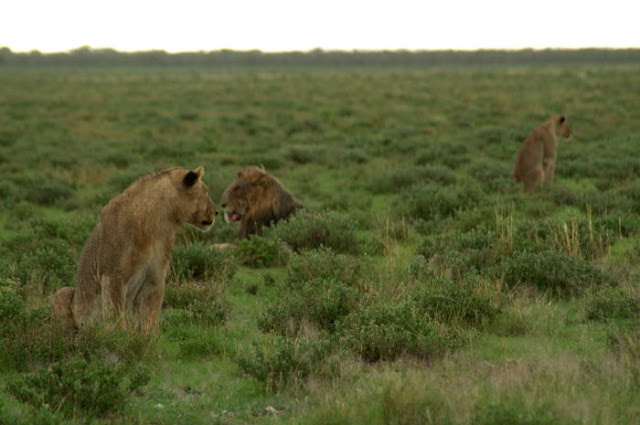 Their sizes were startling. As we looked closer, 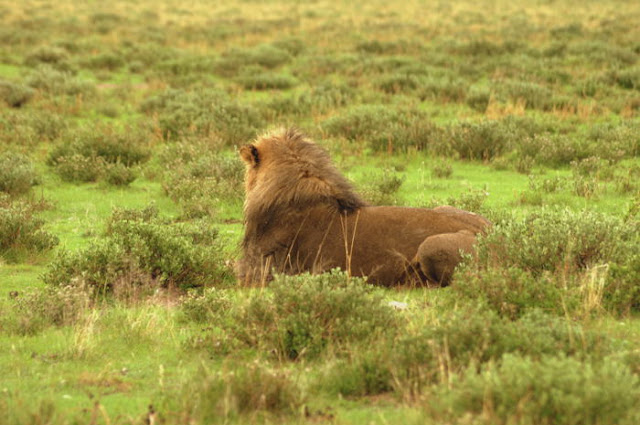 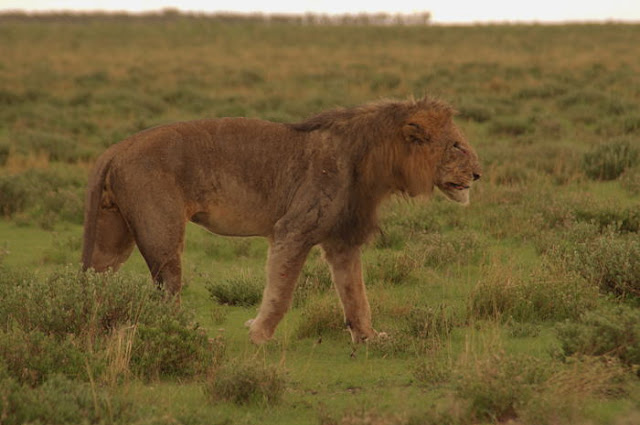 we could see the male had been deeply wounded. 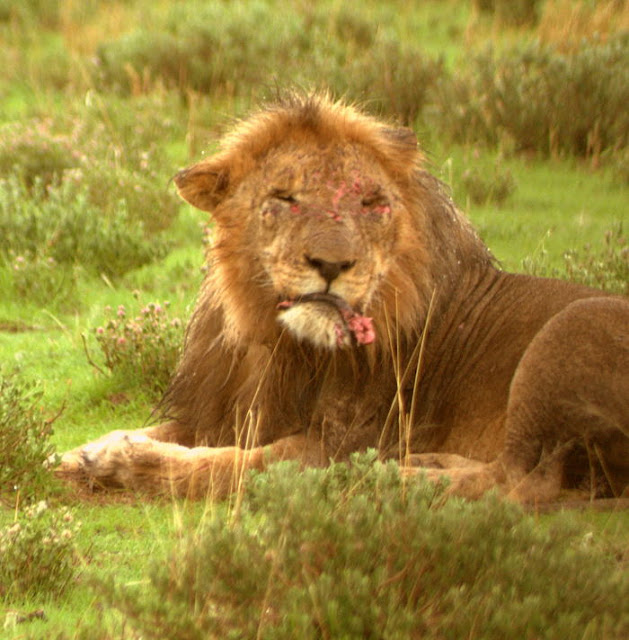 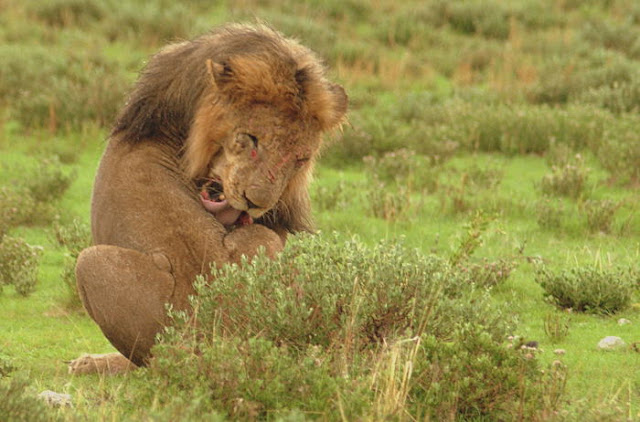 His entire left lower jaw was hanging flaccid off the side of his face. His face and legs were covered in recent battle scars.


We speculated that perhaps he had battled another male for dominance of this pride and maybe also had to battle the lionesses to assert himself as this pride’s new male. The professor thought he might not be able to survive as he couldn’t see how he could chew well enough to feed himself. It was hard to leave this compelling scene but we had to be inside the gates of Halali by nightfall so we were forced to move on.

On the way into Halali, a herd of big kudu and some springbok were enjoying the tasty grazing courtesy of the rainy season.

P.S. Later, I spoke with a professional photographer on assignment in Etosha. She and her crew had stayed later than we to watch the lions. She told me not to worry too much about the male. They had seen him kill and eat a springbok sometime after we left!

I guess when you are king of the jungle (or in this case, the salty soil of Etosha); it takes more than a jaw hanging off your face to set you back!
2 comments: